At First Thoughts, Robert George argues that Kermit Gosnell isnt the only one on trial in his prosecution. The ultimate defendent is the abortion license in America. 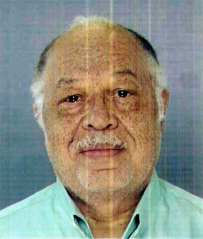 The Gosnell episode highlights the irrationality of the regime of law put into place by the Supreme Court in 1973 and fiercely protected by Planned Parenthood, NARAL, and the polticians they and other pro-choice advocacy groups help send to Washington and the state capitols.

Something as morally arbitrary as a human beings locationhis or her being in or out of the wombcannot determine whether killing him or her is an unconscionable act of premeditated homicide or the exercise of a fundamental liberty. Yet something like that is the prevailing state of American law under Roe v. Wade and Doe v. Bolton.Its incoherence and indefensibility have been laid bare by the prosecution of Dr. Gosnell. Whatever now happens to him, it will no longer be possible to pretend that abortion and infanticide are radically different acts or practices.

This should be a time of particularly concerted prayer for Christians in America as the Gosnell trial has exposed the horror and irrationality of abortion. Perhaps, in Gods grace, public opinion and politicians will be swayed to end, or at least further restrict,this horrible practice. Read the rest of Georges piece here.

This entry was posted in Current Affairs, Ethics, Uncategorized. Bookmark the permalink.