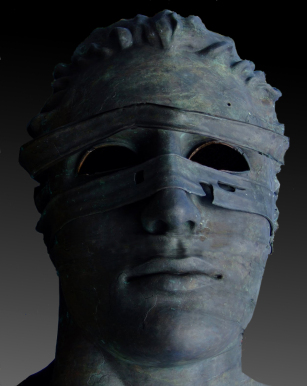 President Obama was right when he said:

This is true: We are predisposed to pre-judge others in the present by looking at them through past pre-judgments against us. And, if left unchecked, such pre-judgments will constantly bear down upon us to the point where the initial pre-justice against us leads us to unfairly prejudge others on a regular basis. It is the human (all too human) condition. Ive lived long enough now to have experienced it a few times in my life (from both sides).

There have been times when my endocrine system (feelings) got the better of my nervous system (thinking). Not to put too fine a point on it, someone did-me-wrong and my loathing and hatred for this other person (because of my self-love) abounded to the point where it bore down and spilled over onto anyone I perceived to be like that particular person who had trespassed against me. I remember one such event with disgust.

Many years ago, I got a phone call at three oclock in the morning (which is never a good sign). It was my mother. She was sobbing and could hardly talk. Through her tears, I learned that my 22 year old baby brother, stationed at Ramstein Air Base in Germany, had gone to a nearby town to drive some of his drunken fellow soldiers back to the base. As he entered the bar, he was beaten and left for dead. My mother told me that he was taken to the hospital at the base with severe head injuries and was not awake. The doctors said he would survive, but they were unsure to what extent his brain had been damaged. My mother said she loved me and that she would call when she had more news. I hung up the phone, and sat there on the edge of the bed as my wife slept peacefully beside me.

And I hated every German in the worldbecause of what a couple of Germans had done to my brother on the other side of the world.

I knew it was wrong. And I prayed for myself as I prayed for my brother. Over the next few days I realized how visceral and overpowering pre-justice can be. I prayed that God would forgive me, but I could not pray that God would forgive those who caused it. Through Saturday and Sunday the blind hate returned over and over again; every time my mind wandered back into that bar in Germany and I saw my brother laying in his own blood.

It really is a blindnessa mindless, irrational, ridiculous blindness. A blindness where I saw every German through the dark shade of my pain. I didnt think I would ever escape it. But I did. I remember the very moment when it began to go away. I walked into the dining hall at the college and sat down at one of the tables. Sitting across from me was a student (and friend) named Volkmar. He said goot moorgin in his strong German accent (not even knowing that I hated all Germans since last Friday). So we talked for an hour or so. We didnt talk about what happened in Germanywe just talked. I could tell he thought it strange to have such a long conversation with such an introverted Prof.but it was healing for me. It was an answer to prayer.

I cant explain how it worked. This I do know: a group of Germans on the other side of the world tried to kill my brother and taught me to hate Germans, but one German brother in Christ reminded me that the ultimate problem is that we are all too human. Unlike the prescriptions of Nietzsche and others, we do not need to become free spirits and transcend conventional Christian morality; but rather, we need to allow the Holy Spirit to remove what is all too human so that we can live a transcendent Christian life.

In my conversation with Volkmar, I was reminded that there is something beyond mere humanity. There is available to all Christians a new self. And when we put on this new self, there is a renewed power and true knowledge of oneself (and others) in accordance with the image of the One who made us and remade us in Christ Jesus. Through faith in Him, we become children of God, born not of blood nor of the will of the flesh, nor of the will of man, but of God. We are truly one in the family of God. All the differences we have, because of our differences, fade into insignificance. Our complaints are replaced with compassion and we find, in His forgiveness, the chains of pre-justices are replaced by the perfect bond of unity. It is a great mystery, but it is also a reality that I have experienced.

Our complaints are replaced with compassion and we find, in His forgiveness, the chains of pre-justices are replaced by the perfect bond of unity.

I was with my kid brother just the other day. His head is covered with graying hair now, but no brain damageat least no more than his brothers who have not been beaten about the head. He does have a deep scar just below the right side of his mouth and another above his eye. Every time I see it, it reminds me that we all have scars on the inside tooscars that will not heal without the forgiveness we find in Christ. In Him we can finally find the transforming power to forgive, really forgive. And theres healing in that.

President Obama was right about the pain of past injustices shading our view of present justice (and causing pain). He was wrong that we cannot escape it. We can escape pre-justice if we allow faith in Christ to fundamentally transform us. Christs love, in us, can break the chain of blind hatred and pre-justice. More than that, Christ, the One who made every heart, can knit all of them together in His love. If we will only let Him. As a matter of fact, this is the choice we all must make pre-Judgment Day.

and so hate begets hate
leaving us alone at our wake
reaping hatred others have sown
until we are left, blind to our own
and in our blindness we never see
what we and they could certainly be
if wed only see past the outer man
and find ourselves together within