As Long As We Both Shall Lease 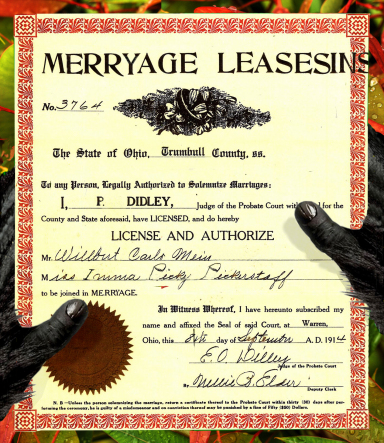 A while back, I was listening to a talk-radio program and the DJ (or TJ in this case) brought up the topic of co-habitation. While listening, it became clear that there were at least two defining aspects of cohabitation: (1) not-being-married and (2) sleeping-together. This didnt surprise me because the dominant media culture has made it clear that premarital, and extramarital, and postmarital sex is the always pardonable sin. Or rather, in our current culture, the only thing sinful about extramarital sex is to talk about it in a derogatory way.

It also didnt surprise me that everyone who called in to this Christian owned station with conservative programming was cohabiting or had tried it even the radio host had tried ittwice. Christians regularly cohabitate in the moviesBruce Almighty was living with his Christian girlfriend. And, just the other day, I read this statement in Entertainment Weekly: Shes a driven type A and devout Christian who has no qualms about lying to her live-in boyfriend about the nature of her undercover assignments. Notice that there is an implied problem with lying (she should have qualms about it), but the fact that she is a devout Christian and living with her boyfriend is just passed over as if there is no need for qualm or pardon.

There was one thing that did surprise me. While discussing the nuts-and-bolts of cohabiting, several of the callers mentioned the fact that when it came time to renew their lease on the habitat they were cohabitating in, they were required to renew their commitment to each other, or at least their living arrangement. One of the callers even measured the length of his relationships in number of leases. He proudly announced, We have been together for four leases! Some say that marriage is the objectification of women. However, I could not help but think that renewing your relationship every few years with all your other leased objects is more of an objectification than a love which subjects itself to another for a lifetime. But thats just me.

Maybe the popular appeal of this song and movie was because, as the song says, it is a tale as old as time/a song as old as rhyme. This line of the song is literally true. The Beauty-Tames-the-Beast motif is found in the ancient tale of Gilgamesh, one of the first stories ever written down. In the story of Gilgamesh, there is a beast of a man who was raised by animals. His name is Enkidu and he falls for a woman who tames and civilizes him, transforming him from a beast into a man. This idea of the masculine being civilized by the feminine continues to appear in literature from the Classical Greek comedy Lysistrata to the Medieval concept of Courtly Loveit even crosses species boundaries in the modern story of King Kong.

Throughout history (up until quite recently), women made men better by requiring them to act less like beasts in order to win their hand (and other things). However, over the last generation, in the wake of the sexual revolution, rather than making beasts behave like men, the sexual liberation of the feminine has liberated women to be beasts too. The feminine objectified itself in fearing to be objectified and what was once a revolutionary experiment finally has begun to settle into society, quietly. Un-chaperoned courting brought forth dating, and datingnow that it is full grownis giving birth to hooking-up. Free-love is finally really free (or at least cheap). It no longer cost a lifetime, not even a suppertime.

In terms of consequences, free-love is free for beastsfor humans there is a cost. When the hook-up is over, and the unhooking begins, emptiness and regret returns. In time, vain human ambivalence devolves back into animal indifference, making love-making just another thing to doand post about. [1] And amid all the howling, it is often forgotten that trading our life for a lifetime with another is not just a life-time lease but a new lease-on-life. Cohabitation is a living arrangement. Marriage is a way of livinga way of life. It is the making of true human love.

This entry was posted in Culture, Family, Uncategorized. Bookmark the permalink.