Lets get the basics out of the way. Hermeneutics is about how to interpret texts. Interpreting texts is about finding (a deliberately ambiguous term) meaning in a text. For many people, the meaning of a text is exactly the intent of the author in constructing that text. Because of the nature of expressive errors, I dont agree that authorial intent and textual meaning are equivalent. I believe the meaning is in the text itself, even if contradictory to the authors intent. But even with that caveat, it still makes sense to say the meaning in the text is subordinate to authorial intent insofar as the author is competent. 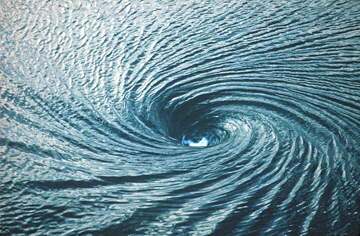 he belief that meaning is in a text, though, presents a problem. For a variety of reasons, texts meanings can change. Sarcasm can make hes a genius mean hes an idiot. The passage of time can make the true statement, I am writing this post, false. Such examples, produced from a variety of understandings about and influences on meaning, can be multiplied ad nauseum if not ad infinitum, allowing hermeneuts (whom I think should be called hermenauts, but a friend believes should be called hermenatzis) to abandon all hope of finding objective meaning in any text. Such skeptics might associate a meaning with a text, but only because a reader creates, co-creates, experiences, infers, or intends it. So the meaning of any text, it could be contended, is subjective (located in the reader) rather than objective (located in the text).

While all the ideas mentioned above might appear a useless amalgam of ethereal intellectualism, they (at least the last ones mentioned) are, in reality, pervasively powerful in our culture. Everyone defending some position in scripture has heard a retort like: Thats how you read the passage, but others read it differently; or You can make a passage mean whatever you want. Scratch a truly skeptical postmodern and he bleeds hermeneutics.

A plethora of responses are needed in order to halt the descent from the development of interpretive methods (which presumes there is something worth interpreting) to text-based nihilism (which concludes there is nothing to interpret, whether worthy or not). Those responses need to cover everything from whether there is any objective meaning at all in a text through how to discover, yield to, and apply the specific meaning of a text.

Here is one preliminary part of the first half of that response: that there is some objective meaning in a text.

It is true that we bring a subjective element to texts when we read them. I think of different experiences and comparative texts than someone else might when reading a poem about a red rock or a tome on the wealth of nations. But the fact that there is a subjective element does not exclude the possibility that there is an objective element. In fact, if it is possible to learn something by reading a text, then it is necessarily the case that the text brings some content to the interaction as well. That content is objective (in the object-text rather than the subject-reader).

That if is a big one, of course. It is not hard to argue, for instance, that what a person learns when reading a text is really nothing more than a reorganization of the ideas he had before he began reading the text. Not hard to argue, but not hard to refute, either. The ability to provoke a reorganization of the subjects ideas is itself evidence of objective content in the text. Something outside of the subject brought change to the subject. But more importantly, there are simply facts and ideas with which a subject often has no acquaintance at all until he reads a particular text. Whether instructions on how to build an Ikea cabinet or advice on how to live a virtuous life, I can know something when I finish reading it which I did not know when I started.

Of course, thats not the end of the argument. But it is a solid first terrace on a very long, high, and otherwise slippery slope. And as a terrace it appears remarkably firm.

There is, almost if not fully prima facie, objective content in texts. Perhaps we can carve out a few other terraces in upcoming posts: how content relates to meaning, whether the meaning is also objective, and at least a first suggestion about how to get at the objective meaning in a text, rather than always running to the squishy subjective end of it first.

See. Just by reading this text youve learned how little I can cover in a single post.

This entry was posted in Biblical Interpretation, Literature. Bookmark the permalink.