Being Poor & Being Oppressed Are Not Synonymous

Ma and Pa in the Little House on the Prairie series were poor, but they were not oppressed. No one owed them anything. No one was systematically mistreating them. They settled and cultivated some land, worked hard, and slowly built up to modest means. Almonzo Wilders family in another book of that series (Farmer Boy) was better off. They worked smarter and had better luck (being in the right place at the right time), and their wealth increased proportionately. Laura Ingalls Wilder says they put money in the bank every year. 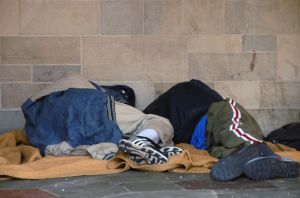 It makes no sense to argue the following: because Im poor therefore I must be oppressed. Certainly the poor are more easily oppressed, but being poor does not equal being oppressed. The answer to keeping the poor from being oppressed is not for governments to force the wealthy to give poor people more money, but for governments to do their God-given task: i.e., encourage the good and punish evil; or put differently, uphold the rule of law.

Everyone who does not inherit money starts off poor, and even those who do inherit it will diminish rather than increase it if they do not work hard and smart. The idea is to work hard, work smart, take some risk, invest wisely, learn from your mistakes, save, live frugally, put off todays pleasures and immediate gratification for tomorrows benefits and rewards, dont live beyond your means, give to others in need (sometimes sacrificially), and normally over time you will accumulate increasing wealth. But it takes time, hard work, patience, and skill. All else being equal, younger people normally are less wealthy than older people. Similarly, new small businesses normally are less profitable than larger, more established businesses. Again, however, with luck, skill, patience, and hard work things tend to improve.

Of course, this is only true in societies governed by the rule of law. Some societies are unpredictable; tyrants or thugs spontaneously confiscate profits or entire businesses. Such societies will not result in wealthy citizens or large tax revenues. When governments punish hard work and entrepreneurship, people tend not to work hard or become entrepreneurial. When people are free to steal your ideas, products, or profits, you tend not to work hard at becoming profitable by coming up with new ideas or products. The rule of law is imperative. The law must be equally and blindly applied. No society does this perfectly; there is always corruption. Some do it better than others.

Some people find themselves with an inordinate amount of good luck, genetics, teaching, advice, and help. If they use these benefits rightly they become wealthier than others, but they are not oppressing others simply because they are wealthier. The answer is not equal distribution of wealth. Rather, the answer is virtue. As citizens and governments become more virtuous, the rule of law is upheld, and people are given the opportunity to move from poverty to self-sufficiency, and possibly to becoming wealthy. As this happens, however, there will always be people at every point along the poverty/wealth continuum. And as David did with Mephibosheth in 2 Samuel, believers (and others of good will) should be ready, willing, and able to help voluntarily the most vulnerable among us.

This entry was posted in Economics, Ethics, Politics. Bookmark the permalink.