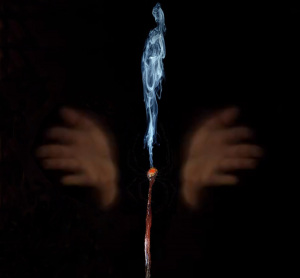 Did you hear about the victory lap celebration in the Rose Garden? On April Fools Day of all days. There was much handclapping because 7.1 million people signed up for health insurance. It was a standing O for Obama Care. No one there seemed to notice how foolish it was to celebrate obedience to something that was mandated by lawtax law in fact, that carries the threat of punishment from the most powerful government on the face of the earth.[1] Maybe we should celebrate on the Ides (15th) of April as well as the first of April? It too is a deadline for something mandated by law income tax.

We praise folly when we applaud weak obedience to a particular unpopular law. And, we play the fool to stand in ovation because some have shown obeisance to a particular law at the very moment when the Rule of Law itself exits the world stage, stage left.

Are you paying attention?

Insurance, by definition, is a risk game. Everyone knows that. So, if someone decides that insurance should cover pre-existing conditions, it is no longer insurance. It is something else. It is the same basic principle as when some bank or industry is declared as being too big to fail. If you cant fail, there is no risk and if there is no risk there is also no ultimate responsibility. It is the enticement and invitation to place your trust, completely, in someone else. It is not insurance but assurance that someone else is going to take care of you. When I was a kid, I heard this insurance assurance all the time: Youre in Good Hands with Allstate! Of course you had to pay for this assurance. You had to participate in the risk game. And now the advertisement is not to put your assurance in the good hands of Allstate but just the good hands of the State. But are they good hands? Do those in power lie? Do they manipulate you emotionally? Is the State in the business of taking money forcibly to buy favor (and votes) from a dependent class? Are we in good hands with this kind of State leadership?

My fear is that the politics is only a symptom of a larger cultural phenomenon. We now live in a culture that wants to hear self-serving propaganda rather than logical argumentation. In such a culture, fundamental transformation is just another word for balkanized alienation. After feeding on a continuous diet of ad hominem attacks, we will find ourselves hating but unable to say why we hate. I have often thought, while listening to the demonizing and mud-slinging and negative advertisements that, as a nation, we are sinking into isolation and our homing beacon is going out.

If you listen to the Victory Lap speech, just before the finish line, you will hear the sirens begin singing in the background. How appropriate on so many levels.

When the sirens stopped singing and the victory lap was over, the very next news item concerned the beacon on the Black Box (really and orange box) of the lost airliner. The world is worried that the homing beacon was about to go out. The battery was dying. With all our technology, we cannot find them. And if the beacon goes out, it is hopeless that those two hundred and thirty-nine souls will ever be found. They will remain in the abyss at the bottom of the Indian Ocean. It is a story we cannot let go oflost in the abysmal darkness at the bottom of the abyss, dead already, and the beacon is about to go out and then, no one will ever find us. It touches our collective consciousness because it is our story without knowledge of our gracious Maker and Savior. The news story that never seems to make the news. The Good News that there is an assurance plan, and it is blessed. We do not need to remain lost in the abyss. There is indeed an insurance plan with no risk and no premium and no deductible; purchased of God to make us heirs of salvation, through the washing in His blood, so that we can be Born of His Spirit. With this assurance, we are lost, not in the abyss, but in His love.

Perfect submission, all is at rest, I in my Savior am happy and blest, Watching and waiting, looking above, Filled with His goodness, lost in His love.

[1] The most supreme supreme-court justice, chief Justice Roberts, made the decision that the Affordable Care Act was constitutional in that the penalty for non-compliance was a tax and the government can tax. He also said that if the American people do not like this tax, they have the power of the vote to change congress and the presidency and thus change to law. In other words, Vote the rascals out! This presupposes an electorate that still believes in good and can recognize it.

This entry was posted in Culture, Current Affairs. Bookmark the permalink.