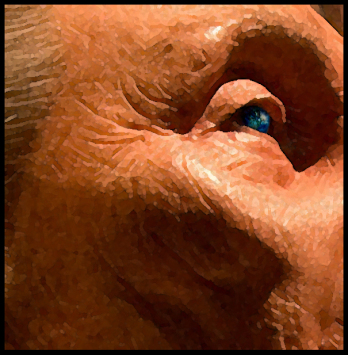 Recently I heard something about the college football championship. It wasnt anything about the game itself, but about one of the players girlfriend. Evidently a football commentator made some shockingly inappropriate and controversial statement about her during the game. He saidon national televisionthat she was pretty. And then he added insult-to-injury by suggesting that her beauty could be attractive to the opposite sex. And heres the worst part: The commentator implied that the opposite sex might seek great heroic acts (like becoming a quarterback) to win the fair maidens hand. Well, all heck broke loose and many people were offended although no one, that Ive heard at least, has explained exactly why they were offended other than saying it was heteronormative and creepy, followed by a reference to the commentators age (73). Well I know what creepy means, but I was in the process of looking up heteronormative when the network quickly (and sincerely) apologized. And the pretty girl in question said that she didnt think it was creepy (though she didnt comment on its hereronormativity). She said she thought it was nice. (And it certainly was nice that the commentators comments made her a twitter sensation.)

I thought about speculating on why such a statement would be so offensive, but after all heck breaking loose and many people being offended, I am afraid that I might write something offensive. So I decided to change the subject to something less controversial (I hope)The subject of how Beauty is just a breath. Like a sigh, it is fleeting. It cannot be possessedas subject or objectno matter what a commentator might imply. Even the Beautiful which possess beauty, really dont. Beauty is only borrowed. For natural beauty (and the ability to recognize and enjoy it) is something built by our genetics and not the will of the possessor. So if someone is proud of their beauty, then that pride is misplaced; and if someone values someone else more because they are beautiful, then that extra value is misplaced. The credit for physical beauty (and the ability to recognize and enjoy it) does not belong to the possessor. The glory goes to the Maker (or if you dont believe in a Maker, the glory goes to some random and mindless mating of a nondescript survival instinct and a chance necessity of sexual selection which has evolved throughout the history of life on Earth). The point is if we see something beautiful, some work of art, we can appreciate the artand the ability to notice and know beauty and the pleasure it bringsbut the glory for the art should be given to the Artist and not the work of art itself.

The other day, my little social butterfly asked me if she could be in a beauty pageant. It was an odd feeling, as a father, to try and answer such an innocent question. Im not sure I want my daughter to be in a beauty pageant. I imagine it will be different watching my little girl walk across a beauty pageant stage very different. Shes proud of her outward beauty and draws self-esteem from it. I have tried to tell her that her beauty is borrowed and that any glory for beauty and any thanksgiving for it, and for the ability to derive pleasure from it, belong to God. Looking into her beautiful face, knowing that one day it will be wrinkled like mine, I try to tell her to cultivate the beauty inside, pure thoughts and godly choices and compassionate actionnot what our genes (Gods thoughts) have made on the outside (that time and gravity will take away) but what our choices will make on the insidethe beauty we give ourselves (and others) by Gods grace and with His helpa gift (and beauty) that is everlasting, because we will, one day, give it back to Him.

This entry was posted in Art, Culture, Philosophy, Theology, Uncategorized. Bookmark the permalink.