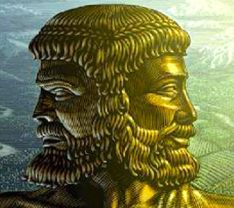 Academicians have a commitment to the truth. After all, the point of being a member of the academy is having opinions and research validated through the work of similarly qualified and committed researchers and thinkers. The presumption is that the corporate conclusions of competitive and in some ways independent thinkers have a sort of objective authority an individual or a self-contained conclave of thinkers is unlikely to obtain.

Christians have a commitment to orthodoxy. After all, the point of being a Christian (evangelical, at least) is holding the faith once delivered to the saints. To hold a faith not endorsed by scripture as evidenced in its interpretation at the hands of believers similarly committed to scriptures authority is to fall short of orthodoxy and prey to either heterodoxy or cult-vulnerability, or both.

Non-Christian academics sometimes view Christians as incapable of maintaining the objectivity required for academic work. After all, if a professor in a conservative Christian school discovers reason to doubt the authenticity of a New Testament text, for example, is he really going to give up his income by reporting his findings, all for the sake of intellectual integrity? A negative answer to that question implies, in the mind of the one making the argument, that the term Christian Academic is an oxymoron.

But there are three things wrong about that line of reasoningwrong indeed generally about there being a unique problem for scholars with creedal or confessional commitments.

First, the argument as posed above could be, and at least as far as anecdotal evidence supports, is dependent on an errant presumption about the motive of a Christian academic who finds some reason to question the creed to which he is committed. The cynic presumes his reluctance to publish would come from the desire for job security (as an example). But job security may not be the cause of his reluctance at all. He could, for instance, hold back on his research because he actually values the faith he holds, and he is reluctant both to accept what undermines his own faith and potentially to undermine the faith of others.

Secular academicians may think the latter motive (creedal conservation) is as egregiously violent to the spirit of true scholarship as the former (job security).But they would be wrong, for no less than the reasons in both of the last two points of this response.

Second, the secular critic making the argument above has committed what is probably the most common of errors when one human evaluates another: condemning in the other what is condoned in the self. Not only does every person carry a host of personal commitments, prejudices, fears, and weighted social obligations into his research and analysis, but entire academic disciplinesindeed every academic disciplineare deeply circumscribed by their limits of its current paradigm. Anomalies within disciplinesagain, every disciplineserve as persistent reminders that paradigms stand not as boundaries enclosing truth, but as boundaries excluding outliers, whether factual, personal, or ideological. When one of those factual outliers, for example, shows up in research, even the most rigorous researcher may bury findings for years or decades rather than risk being put out of the controlling paradigm of the discipline. Even when researchers do report outliers, it is with the presumption that something must be wrong with the research, not with the paradigm. So there is, in reality, an orthodoxy built into every discipline. And it is at least as likely as not that the orthodoxy within objective disciplines is every bit as rigorously defended or mandated as the orthodoxy within overtly creedal communities.

Third, there is actually a benefit to holding a creed or confession when working within a given academic discipline, especially where the faith has a somewhat direct relationship with the discipline itself (e.g., Christianity and New Testament Studies.) When a researcher stumbles across information apparently detrimental to his paradigmwhen he finds an anomaly or an outlierthe reason he presumes something is probably wrong with his research is because in those situations there usually is something wrong with his research. The paradigm itself will probably end up holding. A little extra work, sometimes a lot of extra work, may finally yield the error and restore confidence in the initial paradigm. The point thus far should be fairly clear. If creedal or confessional orthodoxy is equivalent to the average disciplines paradigm, then it is not a bad idea, even academically speaking, for heretical or heterodox ideas developed from legitimate academic work to be put on back burners or regarded with disapprobation.

But that analogy is only as accurate as orthodoxy is equivalent to an academic paradigm. But orthodoxy is not equivalent to an academic paradigm. It is better. Orthodoxy can actually make claims about truth, not just about the exclusion of error (as a paradigm). And orthodoxys great strength and desirability is its permanence, not its contingency on a temporary set of controls for instruments and mental models. After all, orthodoxy (again, for evangelicals at least) is about faith in a revelation from God, not about derivations from human minds, no matter how great. Now, of course, people can embrace the wrong orthodoxy. So claims of orthodoxy may be false. People can also embrace the wrong paradigm.

But it is as silly for an evangelical scholar to abandon orthodoxy (say, faith in God, confidence in scripture, or even the nature of salvation) because of the recent discovery of a manuscript or the development of a novel idea as it would be for a CERN researcher to believe neutrinos travel faster than light on the testimony of a handful of experiments (with faulty equipment, by the way). If it is possible that something is true and always has been (and it certainly is possible) and if it is reasonable and valuable to stabilize a discipline using a paradigm as a gyroscope (and it certainly is reasonable and valuable), then it only makes sense for New and Old Testament Scholars, for Philosophers of Religion and Theologians, for Missiologists and Professors of Evangelism, and for Professors of Poimenics and of Homiletics, to submit their academic work to the truth-stabilizing influence of, in the case of conservative evangelicalism, confessional orthodoxy, and maintain complete integrity within the academy.

In such ways both faith and truth endure.

This entry was posted in Biblical Interpretation, Christian Life, Theology. Bookmark the permalink.