Christianity and the Importance of Philosophy 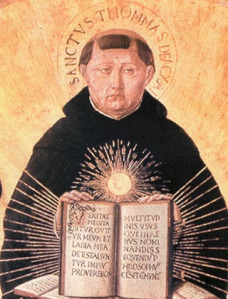 The Bible says not to be taken captive through philosophy (Col. 2:8). The warning, however, is not against philosophy (or the love of wisdom) in general, but rather to empty, worldly philosophy instead of a philosophy according to Christ. In fact, Paul used not only Scripture on Mars Hill in Acts 17, but philosophy also. He knew about worldly philosophy, as evinced by his familiarity with their poets and culture, but he wasnt taken captive by it. Yes, it is true that he went to Corinth in chapter 18, and in 1 Corinthians 1 he says he didnt come with great wisdom and superiority, but simply preaching Christ crucified. Some have claimed he used this approach in Corinth precisely because his philosophical approach failed at Athens; but it didnt fail! Read the end of Acts 17. He had at least four converts and an invitation to return; not a bad days work for the cause of Christ. So what explains his approach in Corinth? Paul knew his audience. He knew he should use one approach in Athens, and another in Corinth. In fact, in 1 Cor. 9:22 he implies that he uses whatever approach works in various circumstances (all things to all men so that by all means I might save some).

Philosophy deals with things like the nature of ultimate reality (metaphysics), theories of knowledge (epistemology), theories of value (axiology), especially ethics and aesthetics (the nature of goodness and beauty respectively), and correct rules for reasoning (logic). Believers ought to know as much about these things as possible. Each person has a particular worldview, and the things just mentioned comprise it. If we are to love God with all of our minds, then we ought to think deeply about lifes ultimate questions, and we ought to know something about how other people (especially lost, worldly people) view all these things. Of course, Scripture is our foundation, and Gods glory is our goal, but it is partially through knowing how to engage these ideas and giving an answer for the hope in us (1 Pet. 3:15) that helps to glorify God.

So read C. S. Lewiss Mere Christianity, J. P. Morelands Love Your God with All Your Mind, and old texts like Augustines Confessions, Anselms Proslogion, and Aquinass Summa Theologica. Read Tom Morriss God and the Philosophers and Kelly Clarks Philosophers Who Believe. In doing all this, ask God to sharpen your mind, making you more able to love Him with deep and profound humility, knowing that theres always more to learn, and exciting ways to contend for the faith once for all delivered to the saints (Jude 3).

This entry was posted in Academics, Christian Spirituality, Philosophy. Bookmark the permalink.