Church Planting and the Future of the Local Church 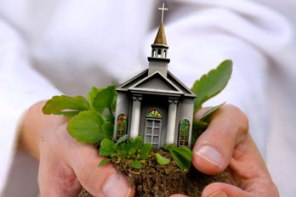 In 2010, I co-planted a church with a few other men in the Wylie, Texas area. As we spent countless hours planning everything from location to bank accounts to the constitution, I was asked several times, Why are you wasting your time planting a church in the Bible Belt? This question was usually followed up with two common concerns:

While both critiques have validity, I think we can answer these concerns rather easily.

1. Jesus commanded that we make disciples. This is not to say that existing churches are not making disciples and that revitalization is not needed, but that planting a new church puts more organized feet on the ground in the given context. There can never be enough groups sharing the gospel and living evangelistic lives in any area of the world. Disciples make disciples who make disciples (Matt. 28:18-20) and the higher percentage of disciples living out Gods mission, the higher percentage of opportunities to spread the gospel. Beautiful stories like Nathan Linos church in Houston and several stories shared with Ed Stetzer show that new converts are especially reached by new churches trying new methods.

2. Christianity is dying, not thriving in the U.S. People in the Bible Belt are often inoculated to the fact that most people call themselves Christians in this area and disregard whether or not these people simply associate with Christian ideals or are true followers of Christ. The pressing concern is that Protestantism in the U.S. is withering. For the first time, Protestants are the minority religious group in America. This means that concerns about sheep-stealing must take the back seat to concerns about the lost. It is unfortunate that Christians hop from one congregation to the next, but its far more terrifying to know that churches exist and the Christian population is still decreasing.

3. Church growth in the New Testament was seemingly built around church planting. The argument goes that church planting was more necessary in the New Testament era because churches simply did not exist yet. Fair point, but this does not change the fact that Paul spent his entire ministry planting churches and did not stop at some point saying, Welp, weve got some in this region lets hope for the best. No, he ordered that elders be appointed in every town (Tit. 1:5) and was not satisfied with a few people in each town knowing Jesus (Acts 19:10). He was also clear about leaders being raised up to teach others (2 Tim. 2:2). Jesus words are still true today, The harvest is plentiful, but the workers are few (Matt. 9:37).

What Shall We Say Then?

I worked for a 130-year old Baptist church in East Texas that had hit plateaus and valleys numerically for its entire existence, but by all accounts had never been over 200 regularly active members. Does this mean that the church is a failure? Absolutely not! I ministered to and with some of the godliest people I have ever met at that church. What is disturbing is the fact that even in that small town, the landmark church was still not reaching every person in the area. I often wondered how much more impact for the Kingdom could be made here if there were just one or two other churches with different models and leaders. Our Jesus is the same, but not everyone comes to him in identical ways.

The Barna Group says that 3,500-4,000 local churches close their doors every year. If we never plant, we will eventually cease to exist. Every church in existence was planted, and every church has its own niche in the bigger story of God. May we never stop until every ear has heard the name of Jesus.

NOTE: If you are interested in church planting or revitalization or if you are currently involved in those ministries, check out Criswell Colleges Church Planting & Revitalization program.

This entry was posted in Culture, Ministry. Bookmark the permalink.