Compassion and the Death Penalty 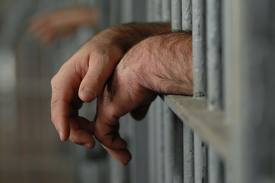 This post is brief because its so straightforward: While it might sound counterintuitive, a society that values human life is a society in which the death penalty is still an option. Remember that theres a difference between murder and other forms of killing. When a man walks into a movie theater, murders people in cold blood before several eyewitnesses, and is subsequently arrested, that man should receive a fair, speedy trial before a jury of his peers, and if hes found guilty of the crime, he should be put to death. A society that does not put him to death does not value human life sufficiently. That is, the loving, compassionate thing to do is to impose capital punishment, while the unloving, hard-hearted thing to do is to let him live.

Such a one has so dishonored the image of God in others (by murdering them), that a society which allows him to live after being found guilty is a society that has insufficient compassion for the victims and their loved ones, and insufficient recognition of God, His Word, and the inherent dignity of being created in Gods image. I take Genesis 9:6 to be prescriptive: Whoever sheds mans blood, by man his blood shall be shed, for in the image of God He made man (NASB). I take it as a principle for all time. And I take the sword in Romans 13:4 to include the idea of the executioners sword. Again, it is a principle for all time.

And it doesnt matter if opponents of capital punishment convincingly make the case that such punishment does not dissuade would-be murderers, or that it costs more to execute someone than it does to keep him in prison for life, or that sometimes the legal system executes innocent people. Were such things true, it would not count against capital punishment as such. Instead, it should motivate society to continue working toward ethical ways of dissuading would-be murderers, to bring down the financial cost of capital punishment, and to work continuously toward a system of the rule of law where innocent people are not executed.

This entry was posted in Culture, Ethics, Politics, Theology. Bookmark the permalink.