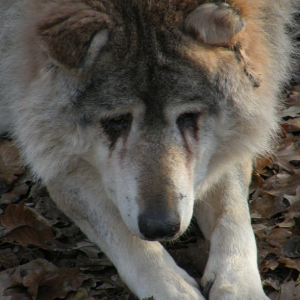 Those of us who believe in objectivity, truth, knowledge, (not to mention follow Jesus) hold that there is a fence between right and wrong, and that the fence doesnt move. So its easy to understand why we defend the idea that everything is black and white. Of course, the color metaphor simply makes the point that there is a stark difference between right and wrong, and that everything falls into one of those two categories. (Of course, the discussion of what the two categories are, and how to tell which side of the fence something falls on, is a long one. I understand the line can be drawn variably between the obligatory, permissible, forbidden, and omissible. But complexity and ignorance dont change the basic concept.)

When it comes to personal behavior, a funny thing can happen to the line, and for the best of reasons. It can become, well, we might say blurred. Suppose it is wrong to get drunk on purposeand it is, by the way. And suppose its not wrong to have a drink every once in a whilealthough as a teetotaler I do think thats wrong as well, no one else in the entire world apparently agrees with me anymore, so itll be a good illustration for arguments sake. Now, with those givens, Fred decides for himself that it is wrong to drink at all out of fear that if he does so he will slip into drunkenness on occasion. Given his concerns, even on his presumption about an occasional drink being okay, the line for his own moral behavior seems to have moved. In order to avoid the big fence defining drunkenness, Fred constructs a little fence a good distance to its right just to be sure he never accidentally crosses over to the dark side, where there is a wolf. In fact, he might construct several such fencesavoiding locations where intoxication seems more likely than not, or friends whose activities might provoke the wrong predilection. In his life, it makes sense to construct those little fences for his own benefit. But in reality, it doesnt change what actually is right or wrong. On the givens in this scenario, hanging out with those friends isnt metaphysically wrong. But hes smart for not doing it, and it even makes sense for him to think of it as wrong when hes willing to hang out with them, given his penchant for falling into drunkenness in their company.

Similar illustrations could be made about practically any portion of the real moral fence. In common sense terms outside the context of morality: if exopathic depression is a problem, dont read Kafkas Metamorphosis. In religionese and back in the moral context: if sin is the problem, avoid the temptation, at least where its possible to do so, even though being tempted is not a sin. In such ways, extra fences actually serve in a good way to reinforce the significance of the one big fence dividing right from wrong.

The Pursuit of Virtue

The problem Ive noticed is that some of us confuse the way we handle our personal pursuit of virtue (using extra fences to protect ourselves from the wolf behind the big fence) with the way we discuss morality in the public arena. I remember a preacher in the early 80s spending most of a sermon (or at least thats how it seemed) on the evil of young men wearing their baseball caps turned wrong (off-center, sideways, or backwards). Rejecting legitimate authority is a real problem and might merit a sermon point every once in a while. And it might even be the case in some odd place that some people would demonstrate their rejection of authority by wearing their hats crooked, or wrong. So I might decide in that context that it is important for me to wear my hat right. It might create for me a little artificial fence to keep me from stumbling over the big fence demarcating rebellion.

But when I stand up and say to others that it is important or even right for them to stay behind my little fence, I can create a significant problem. When someone realizes my little fence is artificial, Ive made it less likely that they will hear or respect my admonition that they not cross the real fence. What makes sense as a personal practice or attitude might not make sense in the public marketplace of ideas. It might be important for me to jump up and check on the sheep every time I hear a leaf stir or branch snap. But it is not wise on every one of those occasions for me to alert the rest of the village by crying wolf.

Of Wolves and Leaves

I wonder what the world must think of the cry that the redefinition of marriage will end Western Civilization, given that Western Civilization has yet quite to find its demise despite the New Deal, Clark Gables Gone-with-the-Wind expletive, and even the Beatles. I understand the nature of slippery slopes and reductio ad absurdum arguments. But there are real (albeit, ironically, metaphorical) wolves behind the big fences. I think the definition of marriage is one of those big fences. Similarly, fifty-three million abortions isnt just the harbinger of moral failure. There is a wolf there. But getting people to listen to me talk about the big fence of the sanctity of human life and the wolf behind it is very difficult when they hear me use the same tone of speech about how restrooms are marked or which language ought to be required in public commerce.

Maybe this post is mostly for me. I just know that in my case, I have to become more discerning about whats a wolf, and whats just a leaf.

This entry was posted in Culture, Ethics. Bookmark the permalink.