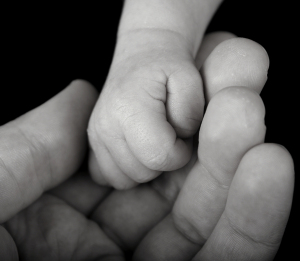 My oldest son is an accomplished businessman and computer security consultant. And I am exceedingly proud of him. Im not sure exactly when he became a man, but I do remember a particular day when wanting to call me dad, he inadvertently called me dude. At his mistake, our eyes met and smiles crossed our faces. I half expected he would correct himselfbut he didnt. And I guess thats rightfor all dads eventually become dudes to their sons. It is inevitable. Just as sons will turn into dads and then into dudes themselves. And their dads will eventually grow obsolete and die. Its inevitable.

Amid the turmoil of the 1960s, when the Baby Boom generation was leaving home and abandoning their dads, for a short time, a small group of theologians extended the metaphor of God as Dad to this logical conclusion: If God was Dad then God will eventually become unnecessary and obsolete and eventually die, leaving us to find our own way without Him. In this so-called Death of God Theology the atheist theologians did not so much believe that it was God Himself who died, but rather the idea of God. The concept of God was only an artifact of a superstitious past and thus useless to the thoroughly secularized late modern mind. The idea of killing a concept is intriguing to me. If God were a man and allowed it, then you might be able to kill Him by saynailing Him to a cross. But if God is only an idea, then the only way to really kill Him is to forget Him (or the idea of Him). Either as an idea or a person, it seems very difficult to kill Godfor if you nail Him to a cross, He turns His death into a way of eternal life and then raised on the third day. It is much the same with the idea of God. For it too can exist in its absence. For unlike God, man cannot forget. So he cannot really forget about, and thus kill, the concept of God. We can only pretend to forget. We cannot truly forget. And, to tell you the truth, even if we could forget about the concept of God, we would then have to forget that we forgot, because, if we did not, God would remain in His absence as a trace. As soon as we remembered we forgot, then we would remember what we forgot and the concept of God would resurrect itself. There is only one condition that would allow us to truly forget the concept of Godamnesia! But then to forget we forgot about God, we would have to forget ourselves. The death of God would also be the death of self.

My youngest son is still small enough to curl up in my lap. And I let him because I know its only a matter of time until he will be calling me dude and moving out of the house. Just the other day my youngest son curled up in my lap, just as my oldest son was walking byI caught his eye and detected just a fleeting glimpse of envy. That was once his place. And I was envious too. I want to be dad again and not just a dude. But I, and my sons, are a part of time. Change is inevitable for usnot for God. Contrary to the anti-theistic theologians of the God is Dead Theology, God is not just an outdated concept; He is beyond time; He does not change. It may be that secularized late modern minds think that God has died, simply because they have grown too old, believing that their divine Dad has become a Dude. They have grown up and figured everything out on their own. They no longer need the Father and will not ever again become as a little child. But it is as a child that the Father invites us into His loving arms.

Heavenly Father: Keep me from ever growing so old that I think I no longer need You. Or so busy that I forget about you even for a moment. As I grow old in time, keep me as a little child.

This entry was posted in Culture, Family, Philosophy, Theology. Bookmark the permalink.