Dr. Russell Moore has been announced as the eigth president of the SBCs Ethics and Religious Liberty Commission. The presidential search committee, headed by Dr. Creamer of Criswell College, came to their decision after months of searching and deliberation.

I look forward to Dr. Moores representation of an evangelical Baptist perspective in the public square.As a Baptist Press article from yesterday states: 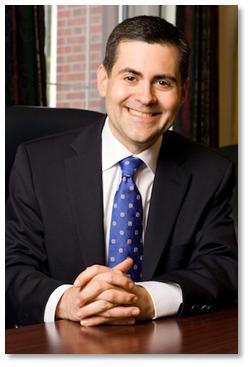 Moore, 41, a native of Biloxi, Miss., will be the eighth president of the entitycharged by Southern Baptists with addressing moral and religious freedom issues. With a background in government, the pastorate and seminary training, he already is well-known as a commentator from a Southern Baptist and evangelical Christianperspective on ethics, theology and the culture.

I am honored and humbled to be asked to serve Southern Baptists as ERLC president, Moore said. I pray for Gods grace to lead the ERLC to be a catalyst to connect the agenda
of the kingdom of Christ to the cultures of local congregations for the sake of the mission of the Gospel in the world.

This entry was posted in Current Affairs, Ethics. Bookmark the permalink.