Free Enterprise, the Welfare State, and the Battle of Ideas

As of this writing I am in the middle of an interesting and inspiring one-week conference addressing the intersection of issues like religion, economics, freedom, human dignity and flourishing, and the best ways to help the poor. It is with a group called the Acton Institute, named after 19th century historian Lord Acton, who famously maintained, 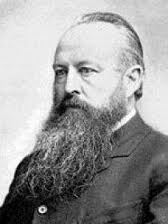 power tends to corrupt, and absolute power corrupts absolutely. The annual conference, Acton University, is an ecumenical assembly comprising lectures and discussion among over eight hundred participants and many renowned speakers, all from various corners of the globe. Attendees include priests, pastors, seminary and other graduate students, economists, political scientists, philosophers, theologians, government officials, entrepreneurs, educators, and homemakers. The gathering is unique, invigorating, educational, and humbling.

This evenings talk was given by Arthur Brooks, president of the American Enterprise Institute. Brooks persuasively maintained that, while proponents of free enterprise often win verbal, technical arguments against opponents of capitalism, such victories often end in defeat, since listeners tend to hear defenders of free enterprise arguing only for money, while their opponents seem to be arguing on behalf of people. That is, defenders of free enterprise often come across as interested only in wealth creation, while proponents of the welfare state often come across as desiring to help the poor. Brooks rightly condemned such methodology, and he rightly condemned the focus on money more than people. People are more important than money, but defenders of capitalism often fail both to emphasize this fact, and to show how free enterprise (over against the welfare state) is the best way to help the poor.

In short, says Brooks, free market advocates often are all words and no music, all truth and no heart. Such methodology will not win the battle of these two competing ideas in schools, the media, and the public square. I personally endorse free enterprise and condemn the welfare state, and Brooks says in normal discussion we typically have just ten seconds to make our case, before people decide whether to tune us out. We ought, he argues, to appeal first to listeners moral sense, for indeed the law of God is written on the heart of every person (Rom. 2:15).

But what does it mean for free enterprise to be moral, while the welfare state is immoral? People are happiest and their human dignity is honored when they are given the potential for earned success. When people consistently are given handouts that is, when they consistently are given things they did not earn they tend to give up, become passive, and get depressed. Such results also follow when people consistently have things taken away by force which they did, in fact, earn. So the pursuit of happiness has nothing to do with fairness as defined by the current administration. On the current view, fairness simply means confiscating property from some who have it and passing it on to some who dont. Brooks gives the example of a high rise apartment building: some live in the top floor penthouse, some live in the basement with flooding, broken elevators, and bad plumbing, and many live in between. Fairness on the current view means taking some of what people have on the top floor, and giving it to the masses in the basement. This approach, however, does nothing to fix the elevator. The goal should not be to bring the top levels down, but rather to make a way for as many as possible to rise out of the basement.

How is such upward mobility made possible? By creating conditions whereby those in the lower levels can start businesses, use their talents, physical strength, ideas, and the resources around them in new and productive ways, and keep more and more of what they earn. Such an approach respects their human dignity, it honors the image of God inside them as sub-creators and stewards of Gods creation, and it destroys the pathetic, victim mentality that comes with long-term attachment to public handouts.

Of course the rule of law is necessary here, and crony capitalism is rightly condemned. More importantly, from a biblically Christian perspective, none of this is salvific in terms of bringing a person into a right relationship with God through Christ. People still need to be born again (Jn. 3:7). But such practices do, in fact, help fulfill Jesus admonition to help the least of these (Mt. 25:45) in ways the welfare state can never do.

This entry was posted in Culture, Economics, Ethics. Bookmark the permalink.