God in a Box 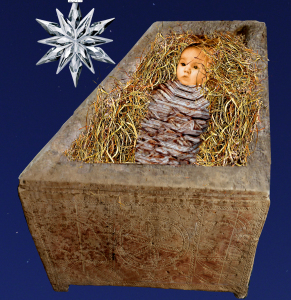 From time to time, philosophers have built categories, compartments, or boxes to keep the concept of God safe from the skeptics. Confined to His box, God seems tame, a domesticated divinitya philosophical pet. And philosophers dont worship their pets. Recently, particular philosophers are attempting to free God from the box, so to speak, to return God to the wildto Let God be God. They are still defending God, but not from the skeptics. Rather they are defending God from His own apologists. The French Catholic philosopher Jean-Luc Marion wants to help God escape from the onto-theo-logical box of Being. Yet even without Being, God is not yet out of the box. God is simply being allowed to be God in the Gxd-Who-is-allowed-to-be-God box and the label on the box is The God without Being.

It is a difficult thing to make the ineffable, effable. And even though God may be ineffable to us, He can speak of (and for) Himself. And He has not remained silent. He has spoken in various ways, using various words, through various prophets. And now, finally, He has spoken to us in the language of Son (Hebrews 1). And when the Son of God came into the world, what was the first thing we did to Him? We wrapped Him up and put Him in a box (a feed-trough to be exact). This was also the last thing we did to Himbound Him and put Him in a box. Gods presence had inhabited boxes before: The tabernacle was a box of acacia wood and gold; as was the Ark of the Covenant. And the temple surrounding it was a box of cedar and stone. And now Gods presence dwells in the carbon box of our bodies. And, if we consider the dimensions given in Revelations, the New Jerusalem will also be a box. In this case, the redeemed will live forever with God in a boxa very nice box. And while these are literal boxes, they speak eloquently of our ineffable God and how He has con-descended to live with us in our boxes. In a remarkable parenthetical, Jean-Luc Marion seems to recognize, at least the possibility, that God might con-descend to fit within our perceptions and conceptionsto live within the box of our divine metaphors:

The Gxd who reveals himself has nothing in common (at least in principle, and provided that he not condescend to it) with the God of the philosophers, of the learned, and, eventually, of the poet.

Jean-Luc Marion
from God Without Being
(Trans. Thomas Carlson, p.52)

We should not forget that the divine metaphors of the philosopher, learned, and, eventually, of the poet are not exempt from the providence of God. As Marion might say, God inaugurates by himself the knowledge by which he yields himselfreveals himself. And such odd con-descending, in our mis-conception, might seem very foolish; but Marion admits (on the same page as the parenthetical above) that the Apostle Paul reveals that God reveals Himself as a folly. And what could be more foolish than this: God using our own lostness to find usour own blindness to help us see. He works within our perceptions and conceptions (I cannot perceive or conceive of how it could be otherwise); and through foolishness transforms our worldour boxfrom within. Consider that in the beginning we sinned in hopes of being like God (Gen. 3:5), and, eventually, God redeemed us in order that we may be like Him (I John 3:2). And, in our sin, we wished to cross-out God so as to be free, and, eventually, God allowed His Son to be crossed-out to make us truly free. Continuing in our pride and selfishness, we condemned God to justify ourselves (Gen. 3:12, Job 40:8), and, eventually, God bore our condemnation on the cross, so that we might be justified.

Christs earthly life both began and ended in one of our boxes but, praise God!, He did not stay there. If mankind bears the image (idol) of God, then, in a sense, mankind is Gods idol on earth. And if God becomes fully man, as a human being, He becomes His own idol, revealing Himself visibly in the world. And, as fully God, Christ is also the icon () of the invisible God. To use Marions (and Pauls) terms, Christ Jesus emptied Himself to fill our boxes as both idol and icon, to make the invisible visible and through the visible show us the invisible (Col. 1:15). And, as both idol and icon, in overflowing love (), He, as Gods gift, accomplished the Fathers work, projecting God into the world through His act of service and sacrifice. And, in giving and loving and working, He opened a window in our box, that, in His face, we might see eternity for the first time. Even more than that: by grace, through faith, He becomes the doorway from our box to His (Col. 1:13-14).

This entry was posted in Philosophy, Theology. Bookmark the permalink.