Dr. Tom Nettles is a fine man. I really enjoyed meeting him before our recent dialog (debate) and getting a sense of his genuine Christian commitment. We agree on most things in the Gospel and could easily work together in a church if we didnt live 850 miles apart.

But we do have some disagreements, mostly hinging on Calvinistic doctrine. He holds all the tenets of Calvinism, and he holds them rationally and avowedly. I do not. 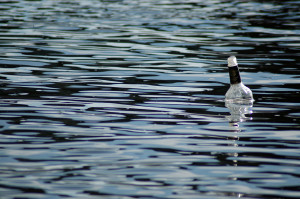 Limited atonement is one of the doctrines of Calvinism, conveying the concept that Christ died only for the elect, not for the non-elect. There are many nuances which others apply to the doctrine, but they are not important here. Dr. Nettles affirms without reservation that neither the intent nor extent of the atonement through Christs crucifixion were ever to the non-elect. I disagree. Both of our positions receive criticism as being inconsistent with scripture or irrational in some way. We both believe we can defend our divergent positions from those criticisms. Those broader criticisms and defenses are not the point here either.

One of the criticisms of limited atonementone I embraceis that it does not seem clear exactly what was limited or how. After all, Christ would not have to shed more blood for more people to be redeemed. Or, as a question: just what else would have been required had God intended the crucifixion to be an atoning act for more (or all) people?

Tom Nettles answers, wrath. He contends that the atonement is limited by the quantity of Gods wrath placed on Christ at the crucifixion. In By His Grace and For His Glory he says: Likewise [as Jesus received other things in measured rather than infinite quantities], in his propitiatory death, Christ absorbs only as much wrath as the Father inflicts upon him. This defense at first seems reasonable. Wrath is quantifiable, after all. Many passages speak of greater or lesser condemnation, anger, or wrath, and we (at least the married among us) experience such variations regularly.

But I think there is a problem with that response. Quantifiable is too broad a term. Dr. Nettles is speaking of wrath as quantifiable, defending only that it makes sense to quantify something even if it is a non-count noun. (He doesnt use that language, but it is the reason he gives the examples he does.) And, as far as it goes, that distinction is fine.

Let me clarify. Bottle is a count noun. There are three bottles, or one, or eight, or several, or few. Water (at least in its original usage) is a non-count noun. So there are not several or few waters, but rather there is some or little water, for example. (Of course, when we speak of having three waters, we are speaking not of water itself, but of bodies of water or bottles of water.)

Wrath is a non-count noun, which might to some appear to support my position. That is, there are not 144,000 wraths poured out on Christ at the crucifixion and therefore only saving grace for 144,000 chosen, since wrath isnt even a count noun. But Dr. Nettles provides enough support about lesser and greater wrath to make the point that there could be more or less wrath, even if there are not more or fewer wraths.

But count/non-count is not the problem with quantifying wrath. The problem is applying the concept of scarcity to a non-scarce resource. In economics, saying something is scarce does not mean it is rare. It only means that if it (or one of its kind) is had by one, then it cannot at the same time and in the same way be had by another. Bottles (though abundant) are scarce because if one person has a bottle another person cannot have it in the same way at the same time. A painting is scarce. It can only be in one placehave one ownership. But an image is not scarce. I can have an image (in my mind) and it in no way affects whether another person can have that same image (in his mind) at the same time and in the same way. Images (at least mental ones) are not scarce. CDs are scarce. Tunes are not.

Gods wrath is not a scarce resource. He may be more or less wrathful, and a person or city may experience more or less of that wrath, even as a result of more or fewer people conducting themselves in an evil manner. But I can think of no hint anywhere, that because the wrath of God is greater or less it would or could therefore extend to more or fewer persons. It is not a scarce resource.

In different terms: saying that the intensity of Gods wrath varies (subjective quantity, even if expressed) in no way implies that the wrath He does have can only extend to a certain number of people.

This contention could also be extended to explain why even though God expressed sufficient wrath in the atonement for all to be saved, only those who express faith in Christ actually receive its benefit. That is, while the expression of Gods wrath is essential to the act of propitiation, the expression of that wrath is not (at least neither necessarily nor directly) determinative of the number of people who could be covered by it.

But I am not trying to go that far with this post. This is a limited argument about limited atonement. I am only contending here that wrath does not provide a sufficient answer to one question about the nature of a supposedly limited atonement, and therefore that there is still not a good answer to the question of exactly what or how atonement would have been or could have been limitedif it wasbut it wasnt.

This entry was posted in Theology. Bookmark the permalink.