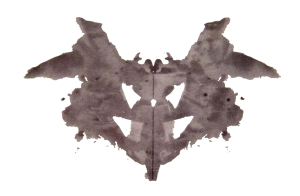 Franz Kafkas The Metamorphosis is the saddest piece of literature Ive ever readand one of the most powerful. I did not know when I read it as a young man how beautifully written it is, at least not by acquaintance. In contrast to all the commentators, I thought it unwieldy and philosophically forced. Having recently read it again, I see why it is so highly regarded, why it is so deliberately sad, and, if I can say it without presuming too much, why it is sad beyond Kafkas intent.

The novellas message is a perfect psychological and relational statement of existentialism. Thats why I used to think it heavy-handed. I realize now why it didnt work for me then. I didnt know anyone who thought like an existentialistwho actually had existential valuesso the story read like a philosophers attempt to convince others of his worldviews legitimacy. Unfortunately, or perhaps fortunately, Ive gained some life experience since then.

What are the values of existentialism? On the good side is authenticity derived from both an honest assessment of the facts of history and an unflinching acceptance of the responsibility of free individuals. (The quotation marks indicate terms from which existentialists will retract. In such a brief explanation, however, they will have to do.) That is, existentialism promotes personal responsibility. A person may not choose his circumstance, but he can choose what to do with it.

On the bad side is a fixation on utter isolation and meaningless death. As the culmination of Western civilizations individualism, existentialism laments, or more precisely, either drily or morosely acknowledges that a society built on individuals neglects and eventually abolishes any possibility of meaningful relationships.

So why is The Metamorphosis so intentionally sad? There are a few related but separate reasons. For one, it depicts the agony of a human being excluded and isolated from those to whom he most thoroughly longs to be attached. (Kafkas layering of Gregors unsatisfied longing stings me to tears even as I attempt to slip quietly by it with that sentence.) For another, it does not attempt to explain why Gregor slips from family supporter and even hero to regrettable obligation, dovetailing uneasily with inexplicably lost joy in countless lives. For one more, and most tragically, it ends with a familys relief when the relationship and entailed obligations cease.

But there is another reason, unintended, that The Metamorphosis is sad.

Christians and non-Christians everywhere know the story of the prodigal son (or of Gomer, or of Israel as a nation, or of Peter, or of countless others with the same narrative). Inexplicably, the son leaves his familys favor. The family must deal with his loss. But he comes to himself and returns home to find his father willing to embrace and receive him fully and gladly, while his older brother still begrudges his prodigality. His older brothers hostility reveals just how painful the prodigals loss had been. But his fathers welcome turns the story toward an oft-actually-repeated fairy-tale conclusion of grace and fulfillment.

The saddest note of all for The Metamorphosis is in the realization that Gregor himself is Kafkas prodigalthe prodigal who never comes to himself, never seeks help, never turns back, and never experiences the warm embrace of life-, purpose-, and for-giving grace in the arms of his true father or family. For genuine existentialists those experiences are as unrealistic as the love of Kafkas father was (or appeared to be) to him. (That same sadness is mirrored by the familys relief at Gregors loss rather than persistent pursuit of his restoration.)

If the lost sheep had written Luke 15, no one would have left the flock to find him; if the lost coin, none would have swept. And if the prodigal had written his own story, he would have eaten surplus slop till the end. But he didnt. In fact, it was written by a searching, sweeping, waiting father diligent to stand in a field and plead with yet one more isolated offspring to come home, to be truly transformedto know the real marvel of metamorphosis.

This entry was posted in Culture, Literature, Philosophy. Bookmark the permalink.