How To Choose the Next President 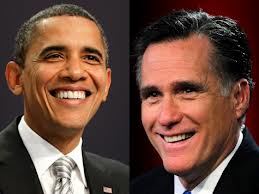 1 Timothy 2:1-4 says to pray for leaders so that we may live tranquil, quiet, godly, dignified lives, so the gospel can go forth freely. In the US, we are the leaders. To pray for our leaders and not vote, therefore, is disingenuous and irresponsible. It is foolish not to vote in the next (or any) presidential election, and since no one but Obama or Romney can win it is foolish to vote for anyone else. Choose the one you think fits your worldview (and policy preferences) more closely, regardless of how you feel about the candidate. My main concern is not how likable he is, or how well he relates to the man in the street. I am interested in what he thinks and what he probably will do on the following issues:

I shall vote for the candidate who is more pro-life. Recently I had a discussion with a man who said, Im pro-life, but I dont think its right to tell a woman what to do with her body. This notion doesnt hold up under scrutiny. If the baby inside her is really human (which it is), then it has its own individual, God-given, human rights, among which is the right to life. If you wouldnt allow killing a baby once its outside the womb, then you shouldnt allow killing it when its inside the womb. The fact that its not yet breathing air is irrelevant. Scott Klusendorff says there are only four things which differ between people outside the womb and those inside the womb, none of which warrants killing someone: size, level of development, environment, and degree of dependency (acronym SLED). You dont kill someone because hes small, because he has not yet fully developed into what he one day will become, because hes in a different environment, or because he depends on something (or someone) else for life and sustenance. And if privacy is your argument, you cant kill someone just because you do it in private. Finally, one who opposes capital punishment does not value life sufficiently. Failing to kill a convicted murderer is to devalue the life that he took (see Gen. 9:6).

Marriage is between one man and one woman. Gays have the right to get married, so long as they marry one person of the opposite gender. This is not a civil rights issue, and black people should be outraged that gays are trying to play this card, for it diminishes blacks own historical struggle. Their struggle was about God-given rights and being recognized as equally human (as Martin Luther King, Jr. rightly argued). No one in his right mind sees gays as sub-human. The family is the backbone of our great republic. Redefining marriage severs the spinal cord, thus paralyzing us when it comes to our internal strength and morality.

Id love to think Supreme Court justices base their decisions on the Constitution, but both liberal and conservative justices often base their decisions on their personal policy preferences. In light of this, I shall vote for the candidate who seems more likely to appoint justices that share my own personal policy preferences (notwithstanding Bush IIs appointment of John Roberts, who ended up being the deciding vote in upholding the bulk of Obamacare).

Policies which produce a bigger national debt and budget deficit, which increase the size of government, which give more and more people government handouts, which punish creativity, entrepreneurship, hard work, and personal responsibility such policies are bad for the economy, bad for minorities, bad for the poor, bad for the rich, and bad for national security. I shall vote for the candidate who I think will do less of these things. Dennis Prager rightly says, The Left is not interested in prosperity; its interested in equality. I would add that, since it cant figure out how to lift everyone up to prosperity together, its only recourse is to bring down the wealthy as much as possible.

These are not the only issues, but they are a good start and guide. Believers in particular should think carefully about such issues and their implications.

This entry was posted in Current Affairs, Politics. Bookmark the permalink.