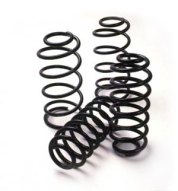 A few years back, in preparation for my weekly Wednesday night Bible study, I finally tripped on a phrase I had glibly hopped over a thousand times before: If then I do that which I would not, I consent unto the law that it is good. It is Romans 7:16, in the middle of Pauls famous discussion about his own struggles performing what he knows to be right. For the first time, I realized the essential, not accidental, relationship between Pauls personal struggles (or moral failures) and the value he himself assigned to what he had failed to keep. It is a detail I had persistently ignored despite its vital role in the case Paul makes in Romans 7.

It is not my point here to quibble about what period of Pauls life is described in the verses surrounding Romans 7:16, nor even whether it is a personal description or a corporate one. Those discussions, while important, do not affect the point here.

Paul creates in that statement a contingent relationship between the awareness of moral failure and the acknowledgment of the value of the moral requirement which has been violated. It is such an obvious relationshiponce seenthat appears trivial to pronounce it. But most often it is not seen, at least not by those who would actually benefit from its truth.

Anecdotal support for the value of the relationship and for the general ignorance of it is abundant. Generically it happens like this: Pilgrim is struggling with something, it matters not what nor whence: evangelism, faithfulness, pride, lust, dishonesty, whatever. Pilgrim tries to change but fails. Pilgrim gets help changing but fails again. Pilgrim becomes discouraged, finally to the point of doubting the sincerity of his own discipleship. Then Romans 7:16 steps in and reminds Pilgrim of something. Every measure of anxiety Pilgrim faces regarding his struggle is evidence not only of his failure to achieve the standard set for him, but also of his passion to achieve that standard. For all the nuances that separate his conviction, guilt, remorse, grief, and despondence from each other, they all also have this one thing in common: the greater they are, the greater is the testimony that it matters to Pilgrim whether his life is worthy of the moral standard set for it.

Now of course, whether that care for the moral standard means God is working to bring repentance to salvation or purification to Christian maturity is a matter of contextual argument. I believe the latter, but thats not the point here.

The point is this: in the observation that there is a necessary and proportional relationship between my anxiety over a moral failure and my acknowledgment of the value of that moral standard, a host of ironic connections came into view, all of which became visible over a period of years in the context of their associated passages and experiences.

The greater the grief over the loss of a loved one, the greater the cause for gratitude over having had someone so painful to lose.

The list is probably endless. And the case for these claims merits another days discussion. They are important in scripture, in philosophy, and in personal life.

The connection between these ironies, I suspect, is less ironic than they are. The more I observe, the more apparent it becomes that God has created the world with such a nature that the more strident a struggle against Gods way becomes, the more manifest Gods way itself becomesa nature nowhere more obvious than in the utter prostration of the one God exalts.

Consider it food for anxietys hunger.

This entry was posted in Biblical Interpretation, Ministry, Theology. Bookmark the permalink.