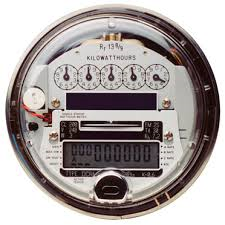 In Jeffrey Balls interview with Vaclav Smil (Wall Street Journal Business and Environment page, April 9, Looking for a Global Energy Solution? Well, Dont), Mr. Smil rightly maintains that when looking for energy solutions, Its all regional. Its all local. And we just have to descend to that level to judge it. That is, there is no one-size-fits-all, top-down solution from the UN, Washington, Kyoto, or wherever. Instead, local geography, weather conditions, needs, and especially local knowledge are the best means for determining what sorts of energy production and policies should be adopted in each region. Mr. Smil errs, however, by implying that Americans are somehow immoral or misguided for consuming 310 gigajoules of energy per capita, while Japan and rich countries in the EU are about 170. Mr. Smil asks whether consuming so much energy makes Americans smarter, happier, or live longer than the Europeans or the Japanese. By asking this he seems to assume that being smarter, happier, or living longer are the only good reasons for consuming energy. Finally he asks, what have we gotten for consuming twice as much energy as Europe? One answer Mr. Smil fails to see is GDP. By any measurement the United States exceeds its closest competitor (China) in total GDP by almost twice as much. Of course, the EU as a whole exceeds the US GDP (just barely), but keep in mind that total EU population is almost double that of the US.

More precisely, if Mr. Smil is correct, US energy use per capita is 310 gigajoules, while the EU resident uses just 170. So each European is using 55% the energy of an American. We might also add that US GDP per capita is $51,748 while for the European it is just $32,968. So while the European produces 63% of what the American produces, he does so using 55% of the energy the American uses. Another way to make the point: the average US citizen produces only 86% of what a European (presumably) would produce with the same amount of energy.

What can we learn from Balls interview with Smil? First, Mr. Smil is right about a top-down approach to energy policy being totally misguided; local knowledge is best. Second, Americans are not quite as efficient overall as EU citizens: while using 80% more energy, they produce only about 60% more goods and services. But perhaps its worth it. Which leads to the third lesson: Mr. Smil considers none of this, leaving readers with the impression that if using more energy doesnt result in a longer, happier, smarter life, then it ought not to be used; but he should consider production as another valid by-product of energy use. Finally, and perhaps most importantly for this conversation, did it ever occur to Mr. Smil to ask which country produces the most energy? Most analyses maintain that while China is a close second, it is the US; and per capita China does not even come close. Perhaps the country that produces the most energy is justified in using the most as well.

Neither Christian believers nor other thinking persons should be swayed by the likes of Mr. Smils rhetoric. In the same way that it is not inherently evil to create wealth, to use wealth, or for one who creates more of it to use more of it, it is also not inherently evil to produce energy, to use it, or for a country who produces more of it to use more of it. To be sure, there are ways of creating or using both wealth and energy which could be immoral, but simply creating or using them is not, even when doing so does not result in longer, happier, smarter lives.

This entry was posted in Current Affairs, Ethics. Bookmark the permalink.