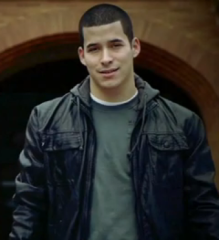 Of course, few churches live up to Christs vision for his bride. Why should we expect otherwise? After all, we dont. Yes, the local church is usually buffeted by struggles, beset by detractors, peopled by sinners, and in countless other ways, just plain annoying. Its also the only church we have.

It is difficult not to suspect that at root, many liminals want the benefits of tradition and community without having to subordinate their desires to a larger whole.

Thats a very American impulse but not a Christian one. Just ask Jefferson Bethke. After his video went viral, the talented young Bethke received a lot of criticismand counselfrom other believers. Reflecting on his work, Bethke clarified his message. Saying you love Jesus but hate the Church, is like a fianc saying he loves his future bride, but hates her kids, he said.

We couldnt have said it better. We only wish it had been made clear from the start.

You can check out the rest of the article here.

This entry was posted in Culture, Ministry, Uncategorized. Bookmark the permalink.