Worldwide, more than half of marriages are arranged. Some people automatically assume the practice to be a violation of human rightssomething of a barbaric throwback to the cave where the terms swinging and the club were joined together directly rather than with the word at. The good side of arranged marriages is that the divorce rate is extremely low and self-reported happiness (in broad strokes) is at about the same level as it is for those who select their own mate. The bad side of arranged marriages is that they seem to exclude the idea of love. While I have no urge to advocate for arranged marriage, I do wish we could get something straightened out about love. 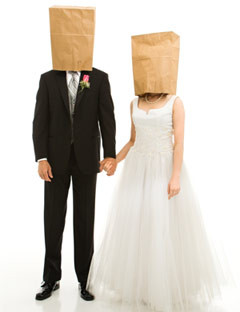 One of the best-known love stories in scripture is about Isaac and Rebekah, both because of their introduction in Genesis 24 when Eliezer brings Rebekah from Haran, and the apparent enthusiasm they have for each other in Genesis 26 while staying with Abimelech in Gerar. The odd thing is that their love storyspecifically what is probably for most people the most compelling part of it as a love storybegins with an arranged marriage. After all, neither Rebekah nor Isaac know who their spouse will be until its all done. Now its not a forced marriage. (Forced marriages and arranged marriages can be different things.) Rebekahs family asks her if she is willing and she voluntarily goes. But she commits to the marriage with Isaac sight unseen.

The point is not about Isaac and Rebekah, nor really even from their story. From a hermeneutical standpoint, describing their relationship in terms that sound like a 19th Century romance is wrong-headed. But seeing that a person can commit her life sacrificially to a husband she has not met (not even for whom shes seen an eHarmony profile) does help establish a fact lived daily around the world, that love is not something into which a person has to fall. That is, it can be active rather than passive. It can be chosen, worked at, kept, and, at the same time and as the evidence demonstrates, still fulfilling.

Modern love is romantic love. It is the urgent and usually momentary but intense psycho-glandular event of knowing that a proximate object of affection is the one, or at least the one to be with for now. It is what people mean when they say they fall in love. Im not advocating against modern love, at least not as an experience. But I am advocating here against the idea that falling in love is the basis of what a Christian brings into marriage.

One more and Ill be done with the caveats: Im also not advocating against Christians bringing modern love into marriage. I think its beautiful and powerful in many ways.

But it is passive. It happens to a person. He does not jump in; he falls in. Of course as a result of falling, he might hop, skip, jump, and kneel into the relationship. But it is because of what happened to him, not because of what he did. Whats the problem? As often as not, after it happens and motivates that flurry of activity, it unhappens, removing all the previous motivation. He falls out of love.

An active love is entirely different, regardless of whether it finds an initiation in arrangement or infatuation. When a man chooses to live the rest of his life for his wife instead of himself, he has chosen love, not simply had love happen to him. When a woman chooses to put away what was a perfectly good life and give it to her husband instead, she has jumped into love, not fallen into it.

I believe the love we ought to care about as followers of Jesus is active. So when a husband says to me, I just dont love her anymore, I explain that what he is actually saying is, I have now decided to stop caring more for my wife than for myself, or, to be slightly more precise, I have now stopped deciding to care more for my wife than for myself.

That is, all it takes for a husband to love consistently and faithfully is for him to wake up every morning and choose to care more for his wife than for himself. Then, when a man says to his wife, or a wife to her husband, I love you, it really is beautiful. Its not simply lottery-luck or serendipity-fate, but deliberate sacrifice and commitment.

This entry was posted in Culture, Family, Uncategorized. Bookmark the permalink.