Marriage Equality: Too Obvious to Be So Obvious 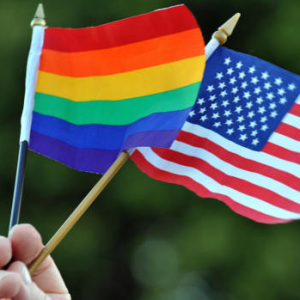 If this issue is so obvious, why were the justices split 5-4, and why are so many people so obviously wrong to everyone who disagrees with them? The answer is simple. The disagreement is rooted in competing worldviews. Christianity is not bound by a worldview, but people, including Christians, are. And worldviews are neither chosen by their adherents nor necessarily consistent, even within an individual. As I contend below, an individualistic worldview has led our culture to its current position on gender, sexuality, and marriage. A communitarian worldview would have maintained traditional marriage as normative. And while believers are attracted to that part of a communitarian worldview, we are also sufficiently individualistic that we should be able to understand how the culture has arrived at its current positioneven though we adamantly and justly disagree with that position. I do not agree at all with the courts decision in Obergefell. And as surely as I will continue to affirm the authority and content of scripture I will also affirm traditional Judeo-Christian teachings about human sexuality, gender identity, and marriage.

My hope in this post is to explain why believers should not be surprised by the cultural shift, why we do not have to regard people who see things the opposite way as being irrational (even though we strongly disagree with them), why we have reason to expect them to treat us with respect as well, and how on earth we can move forward from here with hope for our communities of faith and the broader culture.

A little complicated background on worldview:

When everyone on the other side of an issue looks like an idiot, something else is probably going on. Most people, in truth, are not idiotsat least not when compared with each other. There probably arent many of us who know as much as we think we do, and there probably arent very many of them who know as little as we think they do. There are some options: groupthink, herd behavior, selective identification (selecting only straw men for observation, to make a meta-metaphor), and so on. But normally, the reason most people on either side of an issue believe most people on the other side of the issue are idiots is that they have disparate worldviews.

Since the Obergefell decision on same sex marriage, there have been a lot of completely derogatory statements about people from both sides. Even the justices, who were split 5-4 on such an obvious issue, have little toleration for each others opinions. The law is not my topic here, nor do I want it to be. The law ends up serving the interest of the public, or it ends up being overturned. Ultimately, laws must fit the worldview of the people they affect. And in this case, its not as simple as one group having a Christian worldview and the other having a Naturalist worldview, or existentialist, or a number of other philosophically based lenses for seeing the world. (By the way, ironically, those most supportive of the ruling appear to be in a demographic highly critical of modernity, but are unflinchingly embracing the full trajectory of a distinctively modern worldview in their support of the right to marry. But thats a point for another discussion.) Rather, the worldview distinction is between the shrinking influence of communitarianism and the expanding influence of individualism.

For those unfamiliar with the concepts: communitarianism goes with terms like pre-modern, virtue, public identity, and shame and honor; individualism goes with terms like modern, rights, psychological identity, and self-esteem. Even in our founding documents, we are a rights-based, individualistic society. But always subtly in the background and undergirding our rights has been a traditional, value-based, most often religiously-rooted communitarian context.

A little complicated background on marriage:

Marriage is distinct from other relationshipsthats why it has a name. The statement this is a marriage and that is not a marriage has to make sense in some way, or theres no reason to use the word. But, in Western society at least, its not as simple as appealing to historys definition.

Unfortunately, but not surprisingly, what distinguishes marriage from other relationships in many if not most Americans minds (and particularly appealing to the individualist in all of us) is simply the level of the commitment between the participants. It might involve exclusivity, duration, emotional depth, or a combination of those or a few other characteristics. But, on this model, its essence is in the relationship between the individuals comprising the relationship. The concepts underlying the terms marriage equality and the right to marry are rooted in this kind of individualism to the exclusion of communitarianism.

But what distinguishes marriage historically (and what ought to be particularly appealing to the submerged communitarian in the background of a believers mind) is the public sanction of the relationship. Its why a license is obtained, a public figure of authority presides and signs off, and why divorce is required to get out of the relationship. The concepts underlying the Defense of Marriage Act and even RFRA-type laws are attempts to carve out a protection not just for traditional marriage in the law, but for this fading remnant of communitarianism in a progressively individualistic culture.

Here is where the colliding worldviews come into play.

The conflicting effect of those two worldviews on our understanding of what just happened to marriage:

On the premise that marriage is a commitment between two people to each other, which should simply be recognized or allowed by the public representative (in this case, the state), then obviously it makes sense that the state should approve of any relationship in which adults have consented to reciprocal commitments. Believers should not hold that premise, but many do. The acceptance of no-fault divorce is evidence of just how pervasive this view of marriage has become in the culture, despite its obvious divergence from marriages historical purpose.

So the individualist thinks 1) that marriage is simply something individuals want and are willing to engage in, and 2) that providing equal access to marriage is the states responsibility. In that worldview, those statements fit together reasonably well. And unfortunately, even believers have a hard time seeing where the problem lies. But the reason they have a hard time seeing the problem is that they only look at the two statements, and not at the premise of defining marriage within individualism.

In contrast, on the premise that marriage is a public sanctioning of only certain relationships, the courts decision makes no sense at all. The whole point of the existence of marriage on this premise is that some relationships are included and others excluded by the states definitions or actions. Marriage equality is nonsensical if marriage is a public institution rather than a private one. On this premise, for instance, divorce should require much more rigorous evidence justifying the states recognition of the dissolution of the publically defined relationship, since it was created by the state and can only be dissolved by the same. Allowing no-fault divorce would be equivalent to saying marriage is not real. Now, to be fair, on this premise, the state (in this culture through democratic expression like a vote or the actions of legislative representatives) could decide to sanction polygamy, or same-sex relationships, or almost anything else. But they havent. The point is that if marriage is a public action, the state must be able to say yes to some things and no to other things, or marriage ceases to be anything at all.

So the communitarian thinks 1) that marriage is something the state does, by approving of some relationships and not approving of others, and 2) that this ruling does not allow the state to disapprove of some relationships as marriages. In this worldview, those statements dont work together well at all. The state is effectively prevented from doing what it is being commanded to dothat is, it is required to give a special status in a way which does not allow it to determine what is special about it; or, to put it a different way, the ruling requires the state to approve of marriages it didnt approve of, thereby nullifying the point of the state approving of any relationships as marriages. Thats how a communitarian understands the situation, and it leaves them without an understanding of how this culture can understand what marriage is. I know, because at least (and probably at most) to this extent, I am a communitarian, and this is the problem I am left with.

While there may be a few other vestiges of communitarian thinking in Western culture (e.g., church discipline, team sports, freshman pledging, some secret societies), the tension between it and individualism has persisted primarily in the context of marriage. Indeed, marriage may be the only pervasive and overt remnant of communitarian thinking in our progressively individualistic society. But the communitarian understanding of marriage has sunk increasingly deeper into individualisms waters as it has become distinct in essence from the responsibility to endure until death parts us, and to raise children until they part from us.

One point here is that believers should reluctantly and embarrassingly acknowledge that Obergefell should make about the same amount of sense as normative birth control and relaxed divorce laws. This paragraph is a plea for those of us at odds with the recent ruling to understand that people on the other side are not necessarily irrational. They are simply living out the next step in a worldview from which we have failed to sufficiently insulate or distance ourselves.

But, as another point, those of us who oppose the courts mandated direction are not simply expressing myopic prejudice or seeking the arbitrary exclusion of others. Some who do not believe they can approve of a same sex marriage are both rational and compassionate human beings, but still committed to a more communitarian understanding of marriage.

Im not suggesting we all hold hands and pretend the differences here are not important. I am suggesting, though, that we all hold our fists back a bit and acknowledge that our differences are more deeply rooted than in different levels of intelligence.

The fact is, two roads diverge in a yellow wood, and we may have chosen the one were taking ages and ages ago.

A little hope, or at least direction:

If it is the case that the divergence of our culture on the issue of marriage is actually only a symptom of a divergence over incompatible worldviews, and if the culture has obviously decided on a worldview abandoning community and therefore a traditional sense of marriage, then what are believers to do?

First, rediscover and invest in the community of faith. It may be easier said than done, but with an investment in discipleship, mentoring, accountability, time, sacrifice, parenting, marriage itself, and all the other things that go with committing our lives to the lives of others, a sense of real community can be regained, and with it the possibility of understanding things like marriage in a new light.

Second, live out the reality of that faith community in public. Give non-believers in our culture a reason to think other than the way they do now about the beauty and intentionality of the traditional family. The evidence we havent presented that case winsomely or attractively enough is in the rapidity and totality with which the culture turned against it at the first opportunity.

If we live out family and faith in a community, we have a path for hope regardless of where the broader culture goes. But if we show that path to the culture, we may have as a whole what few do, an opportunity to return and take the other road diverging into the yellow wood.