Marriage, Society, and the Created Order

*Guest post by Michael Cooper. Michael serves as Assistant to the President at Criswell College where he is alsopursuing a degree inBiblical Studies and Languages. 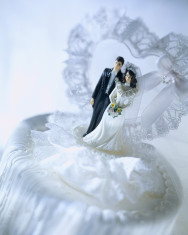 In a 2012 New York Times article entitledStrong Marriages and Economies an intriguing point was made:

The bottom-line message is that what happens in the home does not stay at home; rather, the size of families, and their stability and quality, has important implications for the health of the global economy.

The point is clear: our economy is directly affected by marriage. However, it is evident that marriage in America is on the decline. As the National Marriage Project indicates, the total number of marriages fell from 2.45 million in 1990 to 2.11 in 2010. In a country sufferingfrom a lack of jobs, an unstable economy, and an unpredictable future, the role of marriage is crucial to our society. The question has to be asked then, Why is marriage so important?

What is the purpose of marriage and why is it so important? The Biblical worldview provides a solid answer:

Then God said, Let us make man in our image, after our likeness. And let them have dominion over the fish of the sea and over the birds of the heavens and over the livestock and over all the earth and over every creeping thing that creeps on the earth.

So God created man in his own image,
in the image of God he created him;
male and female he created them.

And God blessed them. And God said to them, Be fruitful and multiply and fill the earth and subdue it, and have dominion over the fish of the sea and over the birds of the heavens and over every living thing that moves on the earth. (Genesis 1:26-28)

God in His love and wisdom created man and woman in His image. God created man and woman to do something which does not include just sitting around aimlessly hoping that God will provide. The creation of the first man and womanwas the first marriage and they were given a task. First, they were to be fruitful and multiply. Second, they were to fill the earth and subdue it. Third, they were to have dominion over creation. We could call this task of creating society. Consequently, it is important to notice that marriage is not a private union but a social institution. God created marriage to benefit creation. Dietrich Bonhoeffer said it this way:

Marriage is more than your love for each other. It has a higher dignity and power, for it is Gods holy ordinance, through which He wills to perpetuate the human race till the end of time. In your love you see only your two selves in the world, but in marriage you are a link in the chain of the generations, which God causes to come and to pass away to His glory, and calls into His kingdom. In your love you see only the heaven of your own happiness, but in marriage you are placed at a post of responsibility towards the world and mankind. Your love is your own private possession, but marriage is more than something personal it is a status, an office.

Marriage between a man and a woman is the foundational building block of a society. Marriage is created to benefit creation. Without strong marriages a society (creation) will not long survive.

If marriage is the foundational building block of a society it is unfortunate that our culture is steadily degrading that social institution. There are several issues I believe are playing a part in our socio-economic decline:

What Can We Do?

You might get the impression that Im saying Hey, all we need to do is get married and make babies in order to sustain our country. Well, that is part of the solution. But it isnt just about getting married and making babies. It is about something more foundational. It is about Gods creation and humankinds purpose in that creation as Gods image bearers and how those truths affect the way we understand marriage and related social issues.

Part of the purpose of marriageis community. We have been created for community. We are relational and communal, and these are aspects of our humanity thatcan beuniquely experienced through marriage in ways that benefit the communities in which we live and, more broadly, all of creation.

Am I saying that marriage is the sole savior of the American socio-economic condition? No, but I do believe that healthy marriages strongly benefit society and could possibly further the social and economic strength of our nation. As a Huffington Post article states:

[There is] a real premium that men tend to enjoy when it comes to marriage Men who are married tend to earn more than men who are not married. What we think is happening here is that the act of getting married, and often having kids, encourages men to think in terms not just of their own welfare but of the welfare of their families, and to behave more responsibly Marriage seems to help men become more responsible, more strategic in their thinking and more oriented towards the long term rather than just having a good time in the present.

Liberals and Conservatives agree that marriage benefits the economy. But more fundamentally, marriage is important for us because God has called His people to be a blessing to the world. Marriage for Christians is Kingdom action. As faithful stewards of the creation God has given us, we can demonstrate what it means to work and keep the garden. As our government and our cultural pundits focus on the surface-level issues of jobs and the economy, we can orient them towards deeper truths: proper views of society, marriage, and our roles in the world living under the reign of God.