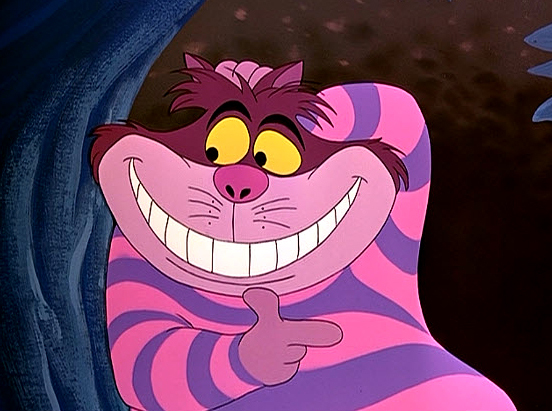 I was at Jack-in-the-Box the other daythe one on the interstate. A woman asked if I was from the area. I was. Then she asked if I knew how to get to the new IHOP. I did. Just down the highway at the next intersection in fact. So I gave her directions. Turn left (east) on the highway, get off at the next exit, stay on the feeder, go straight through the intersection and youll see it just past the Shell station. After a quick thanks, she was off and I had done my good deed for the dayor had I. As I was leaving, I began to doubt. So I headed east, down the highway to the next exit, pulled off onto the feeder, went straight through the intersection, past the Shell station and there it wasthe new Dennys not the new IHOP! My defense mechanisms began to kick-in and I started justifying my misdirection. She can certainly get pancakes at Dennys. And there is a Waffle House just across the street. But then I remembered she mentioned something about meeting a friend. So why didnt she just call her friend? Or look up the location on her smartphone? Certainly someone at the new Dennys will know where the new IHOP is. And maybe my misdirection spared her from some tragic accident on the way to the new IHOP which she avoided by being diverted to the new Dennys. Be-that-as-it-may, the simple fact remained: I was wrong when I thought I was right and my mis-directions had sent some poor lost soul out into the world, even more lost than before she had met me.

I heard an interview a few years back with a very famous preacher. In the interview, the interviewer was giving statistics on how many sermons the preacher had preached, and how many radio broadcast he had done, and how they all had been recorded, and how many tapes had been made of each sermon and sent throughout the world. At that point, I expected the interviewer would mention the tremendous impact that such a tape-ministry has had on the world; but he didnt. The interviewer had another point. He asked this famous preacher if he had ever changed his position on any of the teachings that had been recorded and sent throughout the world. The preacher said Yes, many changes. Then the follow up: Does it bother you that on these recorded sermons you are still preaching things you no longer believe. The answer to this question came quickly, without hesitation, as if this was something the preacher had wrestled with many times. The preacher took comfort in the fact that God was sovereign and faithful to His promises. The Word of God does not return void, even in our feeble attempts at directionsand even in our mis-directions.

We may be from the area and think we know it all, but God is the one who made the area, along with those who travel through it. Thus His directions are better than ours.And though we often misdirect ourselves and each other, God, being both the Beginning and the End, does not need directions. He is the direction. The Way! He knows what is needed for what is around-the-corner and what is to come. As such, He, in His sovereignty, can even use our mis-directions for His purposes. For if we had to get everything right, if there could be no misdirection, we would all be disqualified. For we all fall short. Knowing this, when we misdirect ourselves or others, we should be careful not to disqualify ourselves. Dont quit! For there is always a shortcut back to the Source by way of prayer and confession. And so, even lost inside the belly of the big fish or weeping bitterly outside in the dark, the cock crow not only reminds us of our misdirections in the past, it directs out attention forward to the fact that a new morning is coming and the Good Shepherd still wants us to take His love to our enemies and feed His lambs.