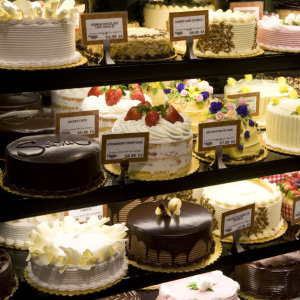 With the firestorm underway in Indiana and much of the United States regarding religious liberty and the outcry of discrimination, I find it necessary to point out the obvious. After watching the Ethics and Religious Liberty Commissions president, Russell Moore, succinctly present the logical reasons for such unfortunately necessary bills that protect our religious liberty, it became quite apparent that the Christian community has been demonized as a people who would like the ability to indulge prejudice behaviors as opposed to extending neighborly concern.

Whether this stereotype forced upon the church is accurate or not, it is not one that the media and others seem to be concerned with. Now with the irrational behavior of our country, driven by unstable emotions, the distinction of moral obligation and moral approval needs to be stated.

It has been said that with the religious liberty bills that are passing, people of the LGBT community may not receive fair treatment when in need of medical attention, food, or other various services. While there is always the possibility for people of any community to mistreat, the church is called to love her neighbors, regardless of skin color or sexual behavior. If a person is in need of clothing, the church does not ask what the persons sexual preference is; the church is obligated by the command to love ones neighbor by clothing that person. Likewise, a doctor that affirms faith in Jesus is not to turn away a person who is sick, ill, or undergoing some form of ailment. He is to tend to the needs of that individual, because that person is made in the image of God, and the doctor has the responsibility to act neighborly. Christians are to represent Christ within the world by routinely showing loving concern and care for those around them.

This is not to say that many who identify themselves as the church do not fail in treating others with care and concern for whatever reason, be it skin color, sexual behaviors, or bitterness that grew out of some childhood rearing. Such actions are not to be associated with biblical Christianity, but the reality that man is sinful to the core. It is unfortunate that such actions bring stains upon the church, but Christ is our example. He Himself said that He did not come to be served, but to serve (Mark 10:45), and such is the example for the church. Regardless if the person is a Samaritan, African American, Hispanic, Asian, a Republican, Democrat, Muslim, Christian, or Homosexual, the church received the command to love her neighbor and extend care and concern as Christ has exemplified.

Understanding that the church has a moral obligation to care for her neighbor, it now must be stated why business owners, who happen to be followers of Jesus, should have the right to refuse service to those whose behavior conflict with their conscience. In recent days we have seen Christian photographers, bakers, and flower shop owners sued due to their refusal for providing and rendering service to homosexuals, who were intending to get married. At this point, those who have been sued have also been presented with the reality that their religious liberty and Christian conscience cannot coexist within the business world. One can either be a Christian, or a business owner, but one cannot be both, or at least be both at the same time. Furthermore, people who attempt to refuse services to those in the LGBT community are marked as people of hate, bigots, and intolerant of others liberties. Yet, should such refusals be understood in this light? Are the Christian photographers, bakers, and flower shop owners failing to love their neighbor? The world would say yes, but Jesus would say otherwise.

The refusal to render services for such reason is not a matter of bigotry, but of love. It is not loving for one to endorse the behavior or action of another, knowing that that behavior or action is wrong. It is not loving to encourage such behavior by providing services that render such action possible or understood as agreeable. Those who have taken this kind of stance, that is to refuse services that would approve of sinful behavior, have been wrongly characterized as a people who are discriminating others. Yet, their actions are not discriminatory, but practical love for their neighbor. However, such refusals are not limited exclusively to those who practice homosexuality, but to any who refuse to adhere to moral truths.

Of course, I do not expect people outside the church to understand this kind of love or care, but I do hope that those who claim to be a part of the church would recognize the responsibility to love and care for all people regardless of what they look like, believe, or practice. The mandate to love ones neighbor did not come with stipulations. However, the mandate to love does not also mean a mandate to agree, accept, or comply with actions or lifestyles that stand on the outside of what God has called just or right. As followers of Jesus, we will naturally stand in conflict with our world, as it stands in conflict with our God. Even still, we speak truth in love, love our enemies, and stay faithful to the God who is faithful.

This entry was posted in Christian Life, Culture, Politics, Theology. Bookmark the permalink.