Not Just For Show 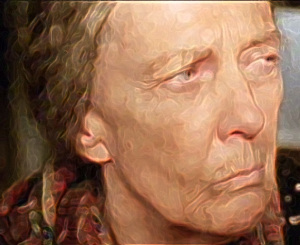 One of my favorite actors just died. Cant say that I liked any of the characters he played, but I liked his skill at playing them. For you see, he was especially good at playing bad guysthe kinds you love to hate. I especially remember a particular preacher he played. This Man of God had beautiful golden curly hair (of which he was perversely proud) along with his fine clothes and his honeyed and heavenly speech. However, when hallowed things were invoked, it was to serve the preachers own purposes (usually self-preservation and self-glorification). And when he spoke of Scripture, it was to justify his sin (or to describe his bowel movements). He was full of himself. It showed. And even though this fact was obvious to everyone, he didnt seem to notice or care. Outside he was beautiful inside, he was full of dead mens bones. He was an empty-talker, a teacher of sordid gain. He professed God with his mouth and then denied Him with his deeds. He was just for show until he was shot in the back as he ran uphill in chains to get help from his enemies. It was a perfect picture of the life of selfish pretentionrunning uphill, in chains, after the favor of those who couldnt care less.

Almost at the very moment the preacher dies, another character appeared center stage. She just sprang up, as if from the ground, living among the plants of the forest. She was a hagold, and bent. Her wrinkled face was framed by stringy hair on top and a whiskered chin below (like the goat she silently sacrifices to feed the protagonist). Her words were gruff and painfully truthful, with no artifice. There was nothing, whatsoever no form, no beauty, no comeliness that would attract us to her. She lived alone in the forest as if despised and rejected by mankind. She did not smile. Her face was molded into a frown by the sorrows and grief that she had lived with every day of her long lifea life she was risking for the protagonist. When he mentioned his transgression as a deserter and that she would bear the same chastisement as him for taking care of his wounds, she says, What are they going to do, cut short my young life?

Outside the hag was ugly, inside she was beautiful. The message is clear. Let me explain. The preacher was all show. The hag was all action. It was unbelievable though the hag was old and ugly, even gruff and grumpyif you watched heryou would see a life of constant service. There was a warmth that shined through her every move. The warmth was borne, not of style, and certainly not of beauty, but borne of simple acts of selfless unconditional love without any connection whatsoever to appearances, selfish reward or even emotion. The tenderness and kindness came only from her deeds and nothing else. The hag simply, fed him, comforted him, healed him and sent him on his way. And, as he left, she gave him a gun and said, Its just for show. Its decorative, but broken. Looks good. Doesnt work. Like the preacher. Like so many.

Dear Heavenly Father: I am awake and still with you. Finish the work you have begun in me. Search me, O God, as you know my heart. For I am anxious that I may be just for show that I may hurt others instead of heal them. Please lead me in Your everlasting way. Make my life a life of real service to others and not a show just for myself.

This entry was posted in Art, Christian Life. Bookmark the permalink.