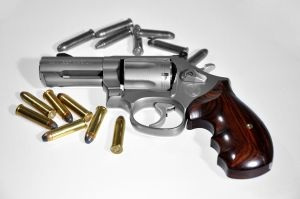 In answering a question about gun legislation at his press conference January 14, 2013, Barack Obama stated, If theres a step we can take that will save even one child from what happened in Newtown then we should take that step. Does he really mean this? I hope not.

Relatively few children are killed each year due to gun violence (not that every single one isnt precious and important). Many more children (and adults) are killed in auto accidents each year. Every single day over the past ten years someone has died driving on Texas roads. Why not just outlaw cars? In fact, this would technically be more constitutional than what many are proposing in terms of gun control! It would save lives in terms of simple accidents, drunk driving, and pollution. Its a step we can take that will save . . . one child, so why not do it? Because its absurd, thats why.

I can think of lots of ways to save even one child from what happened in Newtown. We could build bulletproof tunnels from each persons home to the neighborhood schools. If schools are not close enough to our homes, then we could just build more schools. If we dont have the money to build more schools, we could just print and borrow more money. In fact, we could force our teachers to go nowhere else except to home and school, and their little tunnels would be the only way to get there. Of course, teachers couldnt be married, because their spouse might get out of the tunnel and purchase a gun and bring it home, and the teacher might pack it to school for some reason. Thats okay. We would only hire single teachers, and fire them if they get married.

You dont like the bulletproof tunnel, unmarried-teachers-only idea? Heres another way to save even one child from what happened in Newtown: We could outlaw guns altogether. Of course, wed have to have armed policemen (preferably federal policemen some new national police force since local police might have local ideas about politics, etc., which would not do at all) standing guard at every entrance of every school, along with metal detectors for every teacher, administrator, janitor, and student to go through. Why would we need this if guns were outlawed altogether? Because then all the law-abiding citizens would be gun-less, and only the criminals would have them. But wait, even a sufficiently brainwashed federal policeman might go nuts one day and start shooting up the school, or God forbid start using his power to take kids into back rooms and molest them. (I guess we could get rid of all the back rooms, and just have big, huge auditoriums sectioned off by strips of tape on the floor, where each class gathers, and where each administrator, janitor, or cook stores his or her wares.) No, never mind, that wouldnt be necessary; I forgot: people are inherently good, and if just given the right education, training, indoctrination, and placed in the right environment all will be well.

Dont like it? Okay, how about this: have every kid wear little kid-sized body armor. They could get sized up each year on the first day of school. The body armor could include little full-faced helmets with speakers and microphones inside. That way they could still communicate with teachers, etc.

On second thought, that reminds me: we could just put video cameras and monitors in every single home and just do school from home. Teachers could log in at their own homes, and stream live to kids in their homes. The parents could all be at work, and we could require that they lock their kids in a childproof room (complete with a toilet and drinking fountain), which has cameras in every corner, and no windows. We could pay for all the technology with the money wed save from not having to have school busses. It would be great. There could be armed, federal policemen walking about in each neighborhood just in case the kid has a seizure or something; and again, the locked rooms would be bulletproof. Only the parents and policemen would have keys to the room. On second thought, only the policemen would have keys, since someone might murder the kids parent on the way home and steal his or her keys and then pose as the parent. So we could have a federal officer at every home checking identification.

Any of these wonderful ideas would save even one child from what happened in Newtown.

Seriously, what should we do? Answer: develop virtuous people. We should have serious discussion and debate about the objectivity of truth, goodness, and beauty, and help ourselves and others develop into virtuous people. We should respect the Constitution, teach children and adults about firearms, make it easy for law-abiding citizens to own them, and punish criminals consistently according to the Rule of Law. Believers, of course, should do all this prayerfully and with Scripture in mind.