On Profit, Risk, and Virtue

When an entrepreneur invests his capital (time, effort, money, equipment, etc.) in producing a good or service, the profit is his reward. He might agree up front to pay laborers a certain fixed fee (hourly or by the job), and the laborers agree to it. In a society where slavery is outlawed (and in which the rule of law generally prevails) no one is forcing would-be laborers to work for the entrepreneur. If they work for him they are simply saying, all things considered, Id rather do this job for you and receive what you agreed to pay me instead of doing something else. The entrepreneur has to pay the laborers when they do the work, whether he makes a profit later on or not. That is, he might lose some or all of his investment. That is, he might spend the time, effort, and money, purchase and use the equipment, and pay the laborers, only to find out that his good or service was rejected by society. 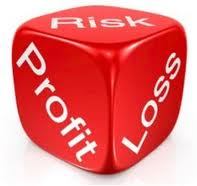 If society rejects his good or service, he suffers loss. I dont know anyone who would say the laborers should legally be forced to come to his aid and help him recoup some or all of his losses out of their paychecks or savings. Rather, people rightly and typically say, Im sorry the entrepreneur suffered this loss, but he knew all along that it was a risky business being an entrepreneur. Now, he might fall back on family and friends, or he might become a laborer himself, but the laborers he employed should not be forced legally to help defer his losses. If this is true, however, then its also true that the entrepreneur should not be legally compelled to share the profit with the laborers.

What the entrepreneur is legally bound to do is to fulfill his commitment (or contract) with the laborers. That is, he is legally bound to pay them what he promised. He might choose to include profit sharing as part of the contract up front, but he need not do so legally. He might choose to receive a lower salary or payment himself, and to pass on some of that to the laborers, but he should not be required legally to do so. A virtuous entrepreneur or business owner probably will, in fact, figure out ways to bless his employees with more than the wages he initially agreed to pay them, and Ive heard of many who have done so and who do so regularly.

The entrepreneur doesnt know for certain whether producing a certain good or service will result in profit or loss for him. This is called risk. Hes the one who came up with the idea, hes the one who invested his time, talent, money, effort, and equipment, hes the one who paid the laborers what he promised, and lo and behold, he took a hit! He lost, and no one owes him anything legally. Or he made a profit. He doesnt owe anyone anything more legally. The profit is his reward. Again, he might choose to share some profit with the laborers, and numerous entrepreneurs have done precisely this, but this is a bonus, not payment.

What is required for all this to work well? The rule of law, private property (which includes freedom), and virtuous individuals. Without the rule of law people will do whatever they want with no consequences. Without private property people wont be able to move resources at their own discretion (i.e. freely) based on their understanding of local markets. Without virtue, even the lawmakers, police, and judges will be corrupt. If these latter, miserable conditions come about, then placing all the power in the hands of an ever-expanding, powerful government will be the worst thing we can do, for there is no guarantee such officials will be any more virtuous than the entrepreneurs, business owners, capitalists, etc., and much historical evidence to suggest that they wont. And if they are less virtuous, that will be a shame, since they will have the ability literally to force citizens to comply with their wishes.

The scenario Im suggesting is not without problems, but I believe it is faithful to Gods Word, and of all the realistic options on the table it poses fewer and less severe problems than any alternative this side of Christs return.

This entry was posted in Economics, Ethics, Politics. Bookmark the permalink.