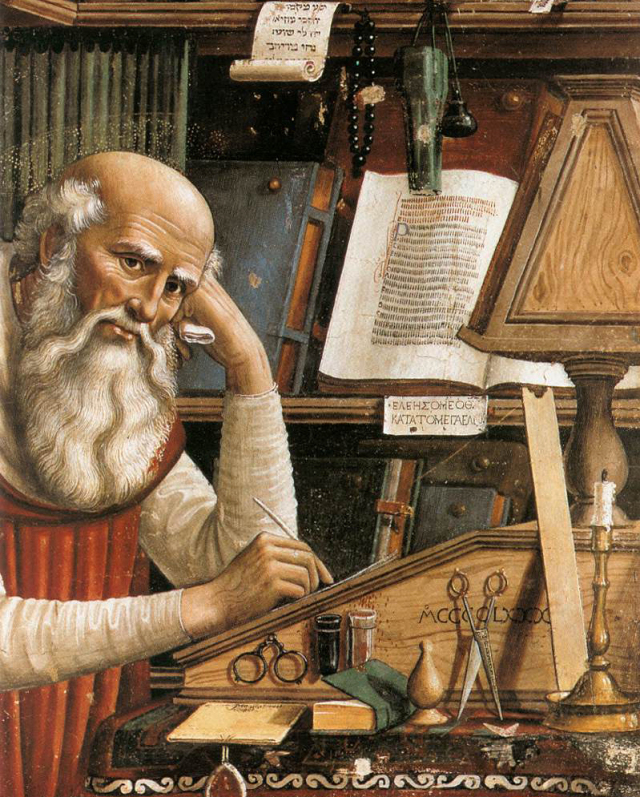 When I was young (or at least younger) and impetuous (meaning stupid), I agreed to be a part of what we might call a flash mob today. Then it was just a matter of some of my students wanting me to join them in a performance-style interruption of a specially called faculty-meeting. The meeting was organized to discuss renewed interest among some Protestant and Roman Catholic theologians to ignore their theological differences and join forces in addressing social concerns. According to the plan, I was recruited to interrupt the meeting disguised as a Roman Catholic cleric, in full vestments. I would be speaking only Latin. The problem was, I dont speak Latin. However, this fact did not stop my students from continuing their entreaties. They just told me to just make something up or maybe speak Pig-Latin. So heres what I decided to do: I made a list of the Latin phrases that have become a part of the English language. I thought I would memorize them and repeat them as a part of my Latin soliloquy. Then I thought; if I am going to memorize them, then I might as well put them into a semi-narrative order. I have done this before in what I call a list poem. As for the first (and last) actual flash performance of this Latin soliloquy, I think it went over well at least I kept my job. If you are interested, I have reproduced it below. The left-hand column is the list poem. The middle column is a somewhat literal translation into English. The right-hand column includes the connotation of the phrase in English usage with some connecting words to make it flow a little better.

Curriculum vitae Course of Life In overview of my life
Prima facieAt first sightThis fact is obvious
Ipso factoBy the very fact This very fact, in and of itself:
Mea culpa My fault I am guilty
Status quo The state in whichAnd in this state
Ad nauseam To sickness Ive become sick
Reductio ad absurdum Reduction to the absurd Reduced to absurdity
Ad infinitum To infinity For forever
Mea culpa My fault Its my fault
Tu quoque And you also And you also
In flagranti delicto In the blazing crime While caught in our crime
Memento mori Remember we must die We should remember our certain death

Ergo ThereforeTherefore
Ad Hoc For this For this only
Gloria in excellcius Deo Glory in the highest to GodFor Gods highest glory
A priori From the earlier From knowledge before
A posteriori From the later And knowledge after
Semper fidelisAlways faithful He is always faithful
Anno domini In the year of the Lord So in the year of our Lord
Carpe diem Seize the day He seized the day
E. pluribus unumOut of many oneAnd out of many, made one
Agnes DeiThe Lamb of GodThe Lamb of God
Habeas corpusWill have a body Will have a body shown
Corpus ChristiBody of the anointed oneThe body of the anointed one
Sine qua non Without whichnot Essential, without which
Non sequiturIt does not followThings dont make sense

Ex Deo From God From God
Magnum OpusGreat Work This masterpiece
Ex gratiaOut of Kindness A gift of grace without liability
Pro bono For good Given for good without cost
Bona fidesGood faithBeing genuine and good
Post mortemAfter death After His death we find
Ex post factoFrom whats done, after This continuing & retroactive effect
Modus operandiMethod of operating In His usual way of acting
Quid Pro Quo This for that Trading this for that
Ibidem There in the same place Finding in the same place
Christus Rex Christ the King Christ the King
Ad HominemFor the manFor Mankind
Per capitaFor each head For every person
Tu quoqueYou also And you too
Per se In itself Intrinsically in ourselves
Persona non grataPersons not pleasingPersons unacceptable
De ProfundisOut of the depthsFrom the depths of misery
Mutatis mutandis Necessary changes made He changed what needed changing
Alter ego Another I Into someone brand new
Tabula rasaScraped tabletWith a clean slate
Summa Cum Laude With, highest praiseAnd with highest praise

This entry was posted in Art, Language. Bookmark the permalink.