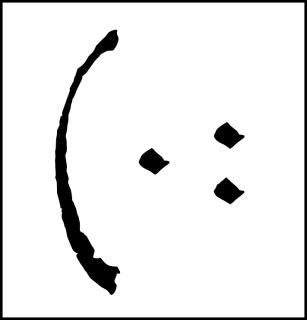 No, its not about anatomy. However, it does have something to do with healthcare. Mostly its about punctuationhow a PERIOD became a colon.

On June 15th 2009, while selling the Affordable Care Act to the AMA, President Obama said:

Its true that there are existing health-care plans on the individual market that dont meet those minimum standards and therefore do not qualify for the Affordable Care Act,

Or the shorter version:

You will keep your health care plan: When we deem it acceptablePERIOD.

Let me dissect the stuff on either side of the colon. In our culture the default question is often how does this affect me? The Presidents statement before the colon is addressing this propensity by saying something like, dont worry this will not affect you unless it is something you really want. After the colon, Carney is clarifying that the government really is regulating insurance policies in such a way that certain health care plans will not be acceptable and so you, in fact, will not be able to keep it. And this was a part of the Affordable Care Act while the President was making the emphatic statement with all the PERIODs before the colon.

I dont know why our president would saywith such gravitasand keep saying well into this year, that the Affordable Care Act would allow Americans to keep their doctors and health-care plan, when this was not the case.[1] The President cannot dictate to congress and to the health insurance industry what they can and cannot do. Making such promises was clearly beyond his pay grade. Maybe President Obama just didnt knowor to put it another way:

There are lots of moving parts to a governmentso the President cannot be expected to know anything about things like:

The IRS targeting conservative groups
NSA spying on allies and journalists
Fast and Furious gun-running in the DOJ
The DOJ subpoenaing reporters
Terrorist activity and lack of American security in Benghazi
Investigation of Mr. Rosen
No testing of functionality and security of the ObamaCare Website before it was launched

It is certainly true that a president cannot know everything that is going on, but with such big and embarrassing things going onand going on behind the Presidents backyou would think that a few heads would roll for not making sure he did know before he saw it in the media with the rest of us. Maybe its just me, but it seems that such not knowing would be very embarrassing. In most scandals involving executives we often hear the question, What did he know and when did he know it? With President Obama it is What did he not know and when did he not know it?

Maybe the temporary embarrassment of not knowing things that certainly should be known pays dividends in allowing the President to stand aloof from the problems as if they have nothing to do with him. And you have to admit, it does allow the President to get very angry every time it happens. And I know that he is very angry because he said so. In the Rose Garden he said Nobody is madder than me! He says he is going to get to the bottom of it and find who is responsible and hold them accountable. (Responsible. Accountable. Those are two words that definitely need the exclamation point of a PERIOD after them.)

Our President may eventually get to the bottom of all these things he knew nothing about, but Im not going to hold my breath. Im beginning to think this may all be a mass-media thing anywaya slight-of-hand that actually works with a distracted and indifferent electorate. It is all just something to say in order to look presidential until such embarrassing things rotate out of the news cycle and into the voidwhich will be in about 3 2 1

This entry was posted in Current Affairs, Politics, Uncategorized. Bookmark the permalink.