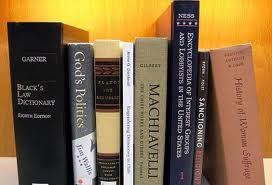 Political science was born in the last hundred years or so. Prior to its birth, politics was both normative (i.e. prescriptive, having to do with what should be the case) and philosophical (i.e. logically dealing with the nature of reality and knowledge). It was, in effect, political philosophy.

With the rise of movements like Logical Positivism and Behavioralism in the twentieth century it became merely an empirical, quantitative science. (Logical Positivism said there are only two sorts of meaningful statements: (1) tautologies, like 2+2=4 and All bachelors are unmarried men, which dont tell us anything about reality, and (2) statements which can be verified with our five senses. Everything else, claimed Logical Positivists, is neither true nor false. Rather, it is quite literally meaningless. Statements like Murder is wrong and There is a God fall into this category. Behavioralism was an attempt to quantify and predict individuals behavior in the same or similar ways that science predicted things in the physical world.) This is the state of the discipline of political science across the country in most state colleges and universities today. Ethics and philosophy are avoided, and science and quantification are prized and embraced.

There are, however, problems with this approach. Before I get to the problems, I should note that political science as science is both interesting and valuable. It is stunning, for example, to see how researchers have been able to predict accurately how individual Supreme Court justices will vote on almost any given case before them; and the predictive, scientific accuracy of public opinion polls is extremely helpful for campaign success. So I thank God both for science (I really like my microwave, air conditioner, and polio vaccine) and for political science, but science fails as a foundation for science or for political science.

Heres why: science makes all sorts of assumptions that are not provable scientifically. Logical Positivism said the only meaningful statements are either tautologies or verifiable with the senses, but this is a statement itself, and its not a tautology, and its not verifiable with the senses, so by its own definition it is meaningless! In other words, Logical Positivism refutes itself. Behavioralism is problematic as well, but its not immediately obvious as to why. Basically, Behavioralism (in my view at least) seems to rule out libertarian free will. It seems to rule out the possibility that the subject or agent of an action is the originator of that action, and that the agent could have chosen other than he did. And this in turn rules out personal responsibility.

In short, whether todays version of political science cares to admit it or not, political science (as with science in general) rests on philosophical, not scientific, presuppositions or assumptions. For example, in attempting to predict individual behavior, political scientists assume the future will resemble the past, but as David Hume rightly pointed out nearly three hundred years ago (and as Dr. Creamer has noted in previous blog posts), we have no scientific reason to suppose the future will resemble the past.

We might assume this, but such an assumption is not scientific. Rather, its philosophical. (Read C. S. Lewiss Miracles for a robust defense of this position.) No matter how many thousands of times you replicate an experiment, you cant say scientifically, definitively, that the same thing will happen the next time. Moreover (again cf. Hume), we have no scientific reason to think one thing causes another, simply because it always seems to be the case that one thing precedes another. We are free to assume this philosophically (and rightly so, I think), but it cannot be proven scientifically.

So heres the point: science in general and political science in particular rest not on science, but on philosophy. Science assumes the future will resemble the past, that our senses are functioning properly, that researchers should report their results honestly, that numbers exist, and that logic applies to language and thought. None of these assumptions, however, is scientific; they are all philosophical.

Question: does it bother you that science fails as a foundation? It doesnt bother me, but it does bother me that much of the Western world thinks it is appropriate to ground everything on science. For all the reasons just given Im more intellectually comfortable beginning with philosophical assumptions. Here I stand, I can do no other. Its especially un-worrisome if there is an all-powerful, all-knowing, all-good God who has created everything, and who has implanted such knowledge within humans. And while I dont base my belief in God on philosophical arguments, I certainly think its philosophically more probable than not that such a being exists.

This entry was posted in Politics, Science. Bookmark the permalink.