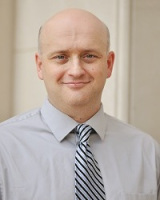 Dr. Berry, Professor of Theology, has been on faculty at Criswell College since 2004.He completedhis Ph.D. in Systematic Theology from Southern Seminary and pastored a church in Kentucky for five years.Heand his wife Tabitha havetwo children, Elaina and Brian. Dr. Berrys areas of interest include Patristics, theological method, Christology, and Eschatology. Follow him on Twitter: @berry_everett. 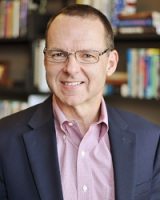 Dr. Creamer is President and Professor of Humanities at Criswell College. He also hosts theFor Christ and Cultureradio showon 90.9KCBI in Dallas, Texas. Dr. Creamer holds a B.A. from Baylor, an M.Div. from Criswell, and a Ph.D. from UT-Arlington. Follow him on Twitter: @barrycreamer. 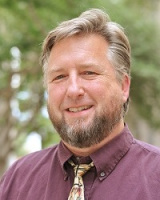 Kirk Spencer is Assistant Professor of Science and History at Criswell College. He has an M.S. in Geology from Southern Methodist University.He has done Ph.D. studies in Science at Southern Methodist University, in Humanities at the University of Texas at Dallas and is entering the Ph.D. program in Archeology at Southwestern Baptist Theological Seminary.Prior to Criswell, he served as a Geologist for Lomak Petroleum and worked as a field geologist in Colorado, New Mexico and West Texas.He and his wife Terri have five children and reside in Mesquite, TX. Professor Spencers research interests include archeology, poetry and the interface between science and theology. 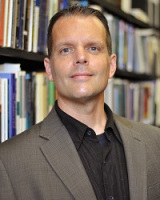 Dr. Wooddell serves as Vice President for Academic Affairs and Professor of Philosophy and Politics at Criswell College. He holds a B.S. in Music, a Master of Divinity degree, an M.A. in Political Science, and a Ph.D. in Philosophy of Religion. His books include The Beauty of the Faith: Using Aesthetics for Christian Apologetics (Eugene, OR: Wipf & Stock, 2011) and The Baptist Faith and Message 2000: Critical Issues in Americas Largest Protestant Denomination (Lanham, MD: Rowman & Littlefield, 2007). He also has written articles, reviews, and papers. His main philosophical interests are apologetics and philosophical theology. In addition to philosophy he is interested in politics and economics. He enjoys reading, writing, running, hiking, mountain biking, exploring Narnia and Middle Earth, and especially spending time with his wife and three children.

Brandon D. Smith, Executive Editor
Brandon serves in leadership and as an adjunct instructor in theology and church history at Criswell College, where he is also Associate Editor of the Criswell Theological Review. He recently edited the book Make,Mature, Multiply and is a contributor to Designed for Joy (forthcoming from Crossway, 2015). Follow him on Twitter: @BrandonSmith85.