Saved from Hell or Sin? 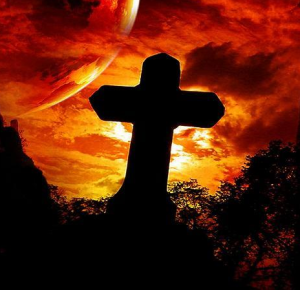 In 1974, Pastor Estus W. Pirkle created a film entitled The Burning Hell. This film was circulated throughout many churches in the U.S. and around the world, with the sole purpose of scaring people out of Hell. In this movie, Pastor Pirkle sought to portray the horrifying realities of Hell so that people would turn to Jesus and be saved from such a horrid place.

Numerous people have seen this movie and have been impacted by the message conveyed. Similarly, many today share the Gospel by describing the terror of Hell in hopes that the people who will listen, will trust in Christ for salvation. Yet, is such a presentation of the Gospel accurate? Did Jesus come to save us from Hell or from sin? There appears to be a distinct disparity between the two presentations and a difference between those who are saved from Hell and those who are saved from sin.

Im sure by now you might have said Both! Jesus saves us from both! While I would agree with you that Jesus does indeed save us from sin and ultimately Hell, many only proclaim that Jesus saves us from Hell. This type of Gospel presentation neglects to mention that Hell is the consequence for our sin and not the purpose for which Jesus was crucified. This stems from an inaccurate understanding of how to present the Gospel or the Gospel message entirely.

The Purpose of Hell and the Result of Sin

Lets be clear, Hell exists because sin exists. As Satan and those who followed him rebelled against Gods rule, the place of eternal judgment was created for their banishment from Gods presence (Matt. 25:41; Rev. 19:20; 20:10). This same place is meant for those who follow the example of Satan and live a life of lawlessness (Matt. 7:23; 25:41, 46; Rev. 20:1415). Hell then, is the place of eternal judgment as a result for those who refuse to cease their rebellion and submit to the rule of God.

Hell embodies Gods wrath towards our sin. In his famous sermon, Sinners in the Hands of an Angry God, Jonathan Edwards describes vividly this fact. It is a great furnace of wrath, a wide and bottomless pit, full of the fire of wrath, over which you are held by the hand of God. He goes on to describe that Gods wrath is provoked and incensed as much against you as against many of the damned in Hell. Due to our sin, Gods wrath burns. Should we refuse to turn from our sin, the result would then be that God will execute the fierceness of His angerHe will inflict wrath without any pity.

The Purpose of Christ and the Result of Salvation

With the fiery wrath of God set ablaze by our guilt, it is not Hell that we need rescuing from, but our sin. It is for this very reason that Jesus took on flesh, suffered, and diedso that He could save His people from their sins (Matt. 1:21). The message proclaimed by Jesus, and the subsequent messages proclaimed by the apostles was not Trust in Jesus and be saved from Hell, but rather, Repent (Matt. 4:17; Mark 1:14; Acts 2:38). Furthermore, it was not by the shedding of the blood of Christ that we would be delivered from Hell, but that our sins would be atoned for (Isa. 53:5; Acts 10:43; Eph. 1:7; Col. 1:14), and thus the wrath of God would be satisfied.

Salvation is then the transformation that takes place within an individual who has been so ruined by his sin that he cries out in desperation to God, pleading that He would deal mercifully with him. In his desperate estate, overcome by the holiness of God and repulsed by the vileness of his transgression, he repents of his sin and places his trust, loyalty, and hopes in Christ. It is the conviction brought by the Holy Spirit that makes him aware of his guilt. This awareness leads him to repentance, not the awareness of Hell. He realizes that the consequence for his rebellion is eternal judgment in the lake of fire, and that it is a judgment he deserves. Still, he cries out that God would deal mercifully towards him, confesses his sins, and then trusts that God will be faithful and just to forgive him of his sins (1 John 1:9). Upon falling at the feet of Jesus, grace is found, sins are forgiven, and true life begins.

Hell and The Call to Salvation

While it is important that we as believers share with others the reality of Hell, a person can be truly saved without the mention of Hell. However, it is impossible for a person to be truly saved without the confession of sin. Being saved from Hell requires no admission of guilt, but terror of the world beyond. Being saved from sin requires that a person not only recognizes his guilt, but that this recognition would lead to a confession, and ultimately a life that appreciates the forgiveness found in Jesus. A person who seeks to be saved from Hell is more concerned about saving himself from eternal torment. A person who is saved from sin is more concerned about offending Christ and the desire of enjoying His presence forever.

In the distinction between the two methods of sharing the Gospel (i.e. being saved from Hell or saved from sin), you will find two differing types of disciples, those who live like they are going to Hell because they believed they have been saved from Hell and those who live their lives meekly and humbly because they know that even though they deserve Hell, The wrath of God was satisfied; for every sin on Him (Jesus) was laid (In Christ Alone). A call to salvation is not a response to escape Hell, but a deliverance from the reason for which Hell existsour sinful rebellion.

This entry was posted in Christian Life, Culture, Debates, Theology. Bookmark the permalink.