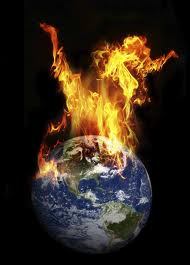 Science-fiction makes for some wonderful stories. From the works of Azimov to Verne, to the Star Wars saga, the creativity of future-oriented authors and movie-makers grips our imagination with visions of what might one day be. But, when such musings are synthesized into serious ethical proposals, then someone has lost sight of the difference between fact and fiction.

Just such a cross-dimensional collision could be observed recently in an article in The Atlantic magazine where Ross Anderson recounted an interview with New York University ethics professor, S. Matthew Liao. Dr. Liao is the author of Human Engineering and Climate Change, a forthcoming paper in the journal of Ethics, Policy, and the Environment.

Liao begins from the dual premise of catastrophic climate change and human action as a decisive factor in causing it. Many recent news reports are sufficient to warrant skepticism about both of these claims. The Climategate scandal brought to light the deliberate corruption of temperature data and research, and the corruption of the scientific peer review process, by key global warming proponents. Satellite data have demonstrated that the atmosphere is bleeding off heat at a much faster rate than global warming models anticipated, requiring reduced estimates of warming from increased carbon dioxide. Most significantly, there has been no statistically significant rise in global temperatures since 1995, despite continued increase in atmospheric carbon dioxide. (See also, A Renewed Call to Truth, Prudence, and Protection of the Poor: An Evangelical Examination of the Theology, Science, and Economics of Global Warming.)

Beginning with science-fiction leads Liao to propose fantastical solutions which range from the strange to the bizarre. Meat patches would be laced with hormones to cause an unpleasant bio-chemical aversion to beef (similar to the nicotine patch), so that there would be fewer cattle to emit supposedly ozone-depleting cow flatulence. Genetic engineering would allow parents to custom-design fetuses. This technology would allow parents to have several smaller childrenor a taller one, if you want your kid to play in the NBAbased on an appropriate use of natural resources (read, food and clothing). Of course, it would also open up the potential for Orwellian governmental guidance of such decisions on the basis of expert resource-rationing. Eventually, Liao suggests, human eyes might be modified to be more like the eyes of cats, needing less light to see, and so reducing electricity use.

As a fan of science-fiction, I like an authors creative alternate-reality as much as the next guy. But as a theologian and minister, I think that proposals like Liaos could benefit from a deeper appreciation of what God made humanity to becreators and stewards in His creation. While humanity suffers from the impact of the Fall and the Curse (Genesis 3), we remain the very image of God. Our creative abilities and collaborative efforts mean that human intervention in nature is more often a source of solutions than a cause of problems. The dominion mandate of Genesis 1:26ff, applied in the garden by the commands of Genesis 2:15, does not reflect a merely conservationist agenda. God calls people to become creators, enhancing the harmony, beauty, and productivity of the earth. As the Cornwall Alliances Renewed Call to Truth puts it, people more fully express this creative aspect of His image as they make more and more out of less and less.

The human vocation is to intervene in creation in beneficial ways, not to remake ourselves in the image of a sci-fi novel. So, when humans find themselves in a colder climate, they dont bio-engineer thicker back-hair; they make warmer clothes. When we find ourselves in a drier climate, we dont bio-engineer away our sweat glands, we breed drought-resistant crops and dig irrigation canals. In short, we apply creativity to the resources at hand in order to mitigate problems and maximize the productivity and beauty of our surroundings.

Dr. Benjamin Phillips is the Director of the Darrington Extension, Southwestern Baptist Theological Seminarys undergraduate program in the Texas Prison System. He is the Associate Dean of Southwesterns Houston Campus and an Assistant Professor of Systematic Theology.

This entry was posted in Culture, Ethics, Politics, Science. Bookmark the permalink.