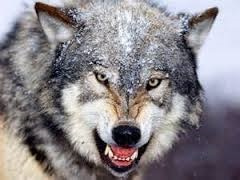 On January 16, 2015 American Sniper (the movie) was released. It took me a while, but I finally saw it a few weeks ago. Based on the true story of Navy Seal Chris Kyle, the movie chronicles his four tours of duty in Iraq, and basically shows how important a sniper can be to military maneuvers, and how extremely well Kyle accomplished this task. A friend mentioned that those critical of the movie assert that it glorifies war. I disagree. It glorifies valor, courage, self-sacrifice, and the triumph of good over evil, but not war itself. All of this is another post, however. Its not what I aim to address in this post. Rather, I want to mention a phrase or idea mentioned in the film by the character of Kyles dad when Kyle and his brother were children.

In the film, after a playground fight scene, the Kyle family is seated around the dinner table and Mr. Kyle stresses that there are three types of people in the world: sheep, wolves, and sheepdogs. He tells his children not to be a sheep, and that if they become wolves hell whip their behinds (to put it mildly). That leaves one option: become a sheepdog. Chris Kyle becomes one, but youll have to see the film for any other details. My point in this post is simply to unpack this notion of sheep, wolves, and sheepdogs from a Christian perspective. (Listen to a related radio show with myself and Winston Hottman here.)

The point I would make is simply this: it strikes me that we are basically all three at some point or another. First, each of us needs protection from time to time; well, pretty much all the time. We are, as Aristotle noted two-and-a-half millennia ago, social beings. We need each other. This is especially true as believers with various spiritual gifts. The apostle says we are all part of the same body but possess different gifts, and all of them are important. Even Chris Kyle in the film needed a fellow soldier on the rooftop to watch his back as he lay down with his rifle and scope to pick off bad guys as American troops moved up and down streets and from structure to structure. He also needed plenty of people at home in the States to keep the economy going, keep the home front safe, and he certainly needed his wife to take care of the family while he was away keeping the country safe. Moreover, the Bible speaks of believers themselves being like sheep, and needing a divine Good Shepherd. Pastors themselves are under-shepherds, yet also sheep in a sense. To sum up: we all need each other, and we certainly all need the Lord to protect and watch over us. In fact, we needed Him so badly He laid down His life for His sheep.

Second, each of us is a wolf every time we sin. Our sin affects others whether we realize it or not, even when we sin in our mind, or in the privacy of our own aloneness. Such so-called private sin, which supposedly doesnt hurt anyone, actually mars my character, thus making me a much worse husband, father, employee, boss, and friend. That is, we hurt others when we sin, and insofar as we are hurting others we are wolves. Of course, its most obvious that people are wolves when they blatantly prey on others. Bullies, terrorists, tyrants, passive-aggressive manipulators, abusers, abductors, and racists are all obviously wolves, and the consequences are dire. Our own little sins, however, can also be extremely hurtful in the long run, and we ought to remember that whatever good dwells in us is only by Gods grace and mercy, not because we are so virtuous in and of ourselves.

Third and finally, we are all sheepdogs; we all have something to give to others that only we can give. We are uniquely created, not only in Gods image, but in a certain place and time with special gifts and talents that are combined in a way that is unique to us. We are sheepdogs when we pray for others, when we do our jobs with excellence, when we saturate ourselves with Gods Word and ways, and when we obediently follow His will for our lives. Everyone leads and protects someone at some point in his or her life. Theres even a sense in which newborns and all those who cannot care one moment for themselves are sheepdogs: that is, they give simply by existing as they are, implicitly urging those around them to care for them. Such urging compels us to do the right thing, thus improving our own character and the world around us. The existence of those who are utterly helpless ends up if we are willing to receive it improving us and the world around us. Thus they serve as a sort of protector to us and our society. They are sheepdogs.

Thank God for those who protect us, and for the opportunity to care for and protect others. And God help us to become less and less of the wolves that we would be if left to ourselves in our sin. There is only one Good Shepherd, and He has already dealt a crushing blow to the ultimate wolf (or lion), who prowls about seeking someone to devour. This is good news worth sharing with both sheep and wolves. As we do so, we become sheepdogs in the best sense possible: saving the lost. This above all else, maintained Dr. Criswell, the saving of the lost!

This entry was posted in Christian Life, Current Affairs. Bookmark the permalink.