Sucker Punches, Smokescreens, and the Image of God 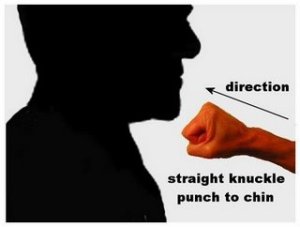 Well, I just got punched in the Facebook! My sense of humor gave way to a loud burst of laughter after I heard the expression. Seconds later, as my snickering settled into somberness, I heard the all-too-familiar tale of character assassination via social media. More than a little disturbing is the reality that rancorous, cancerous wordswhich normally would make both speaker and hearer blush in anger and embarrassment in face-to-face conversationseem to glide with a rather unnatural ease onto the stages of Twitter, Facebook, and Google + for all our so-called friends, followers, and circles to see.

Youve been there, and Ive been there. Weve all received (with varying degrees and effects) a social sucker punch; its nothing new. We know the anger, the bitterness, the heartbreak, betrayal, and shameful sense of being stripped naked and laughed at in public. Its horrible. But now lets flip this coin. The other sad truth is that we have probably been on the giving end of these social disgraces as well. We can relate to the adrenaline rush that accompanies the heated debate, the exquisite cruelty with which we objectify another through carefully-crafted words, and that flickering sense of arrogant domination after weve silenced, or at least stifled, the opposition. Yes, at times weve utterly and publically trounced the naysayerslike a gladiator killing his foe to the roar of the debauched, blood-thirsty masses.

Sinful behavior? Yes. But lets sketch it out a bit more. Fear, intimidation, animosity, pride, relational disconnect/dysfunction, an overly-inflated sense of self-importance, revenge, and a host of other elements could all be factors in this scenario (depending on the individual). What we can say with certainty, nonetheless, is that those types of behaviors and those types of words display a disrespect/disregard for that which is made in the image of God (i.e. humankind), no matter how a person tries to spin the scenario.

No one ever says, I want to dehumanize people when I grow up. But, as sin would have it, thats exactly what happens. In some cases, we Christians (sadly enough) can be among the worst at this. How? By hiding behind our sacred smokescreens. We might mercilessly beat someone with Scripture (or even theology), and all the while claim that we are defending the faith or exercising tough love. Yet, when the dust settles, have we acted in a truly Christian manner? Have we lived in accordance with the image of Godan image that is displayed in and through relationships? Sometimes not. Sometimes we dehumanize. Sometimes we dishonor, in the name of God, those who bear Gods image. These things ought not to be (James 3:8-10).

In our endeavor to blog and dialogue for Christ and culture, let us remember that people are human. They are not objects to be treated with disdain, but are worthy of love and respect. So, the next time youre punched in the Facebook, dont return evil for evil; just turn the other cyber cheek.

This entry was posted in Culture, Ethics, Social Media. Bookmark the permalink.