Swinging Chandeliers & the Ruining of Religion 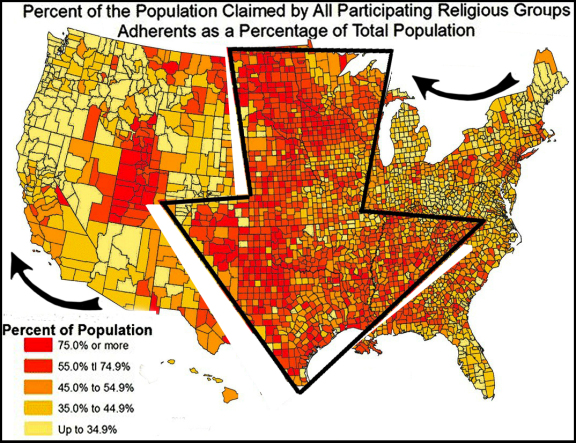 I recently heard a commentator from one of the big cities in the North say that religion has ruined the South! Im guessing they were not religious.

However, being religious myself, I have a different perspective. It seems much more obvious that the big cities in the Northeast and along the West Coast have become non-religious (secular)even anti-clerical (against religion). Over the course of several generations, these cities have become political, educational and media centers for the distribution of this literally god-less culture.

In this progressive process, the Northeast and West Coast have swung so far from their earlier religious center that it appears, to them, that the South has swayed into religion and been ruined by it. [1] But this is only an artifact of a changing perspectivethe truth is that the indigenous religious convictions and commitment that once existed throughout our country have remained relatively stable in the South and Western Midwest.

All this reminded me of a story I heard a preacher tell many years ago. The preacher told about how he was once dining with his family on the top floor of a really tall skyscraper and noticed the massive chandelier above his head slowly swinging back and forth. He asked the waiter about it and the waiter said, Its the wind. It makes tall steel buildings sway ever so slightly, especially near the top. Thats whats causing the chandeliers to swing. But, not to worry, engineers have carefully designed the building to withstand hurricane force winds. The preacher then went-on to illustrate how our culture is like the wind and even the strongest Christians (like tall buildings) can be jarred ever-so-slightly by cultures constant and relentless bombardment. 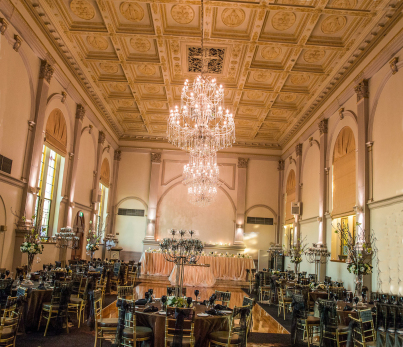 It was a good illustration. However, in my mind, the preacher may very well have missed a much more important point about swinging chandeliers and our place in culture. For if the observer of the swinging chandelier was swinging with the building, then who was he to say something else (such as a chandelier) was swinging. If I understand the physics (which I probably dont), contrary to appearances, that massive chandelier, suspended from the ceiling by a chain, may very well have been the only thing in the room that was not swinging.

Imagine a chandelier that weighs hundreds of pounds, pulling down with tremendous force on the taunt chain suspending it to the ceiling. Now consider that this chandelier does not have eyesIt is not aware of things moving around it, unless those things actually touch it. When the building moves, the only movement impinging upon the chandelier is the ever-so-slight friction where the last link of the chain touches the chandelier (and possibly slight changes in air pressure around its surface). It seem very unlikely (to me at least) that this would displace such a heavy chandelier. Rather it is much more likely that the chandelier was suspended in space by its own gravitas, which pulled blindly downward with a gravitational fixation on the center of the earth, so sincerely and with such conviction, that it was suspendedstationaryin space, while all else moved. In other words, it was not tied, so much to the things of this world, but to that invisible mysterious force we call gravity (whatever it is). And this allowed the light source to stand still while everything else was swaying (and some of those things were probably commenting on how the light source was swinging).

Here is my point (if you havent already guessed it). Even if it is true that the strongest buildings must fight a losing battle against the relentless cultural winds of degradation; and even if it is true that this world has given up on God and then wonders why theres no gods-eye-view, no Archimedean Point, from which to judge anythingeven so, we can still find a safe resting place, beyond all material things, when we stay focused (or rather caught) in Gods gravitational field; each day, remembering where we are going and what we are to be in Christ (and are even now, even if not yet expressed).

We really can find a stable point in Him, drawing strength and insight from the tension of living in the already-but-not-yet; keeping our convictions and commitments only minimally dependent upon worldly things. Then we can find rest and peace and stillness in an otherwise frantic and angry and evolving world. And when the chain that chains us to such a world finally breaks, we will fall up to where it all is anyway, where we were meant to bewith the One who made us and loves us most.

[1] This trend in secularization is also seen when isolating U.S. cities from the rural and suburban areas (see here) http://romneymanassa.wordpress.com/2013/04/16/americas-most-secular-and-religious-cities/