The Case for Early Marriage

At Christianity Today, Mark Regnerus makes a case for early marriage. He argues that many of the efforts to reduce high rates of premarital sex among Christian young people have failed because of unbiblical views and attitudes about marriage, among them the idea that marriage needs to wait in most cases: 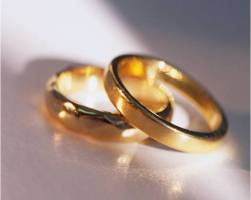 Still, the data from nearly every survey suggest that young Americans want to get married. Eventually. That makes sense. Our Creator clearly intended for male and female to be knit together in covenantal relationship. An increasing number of men and women, however, arent marrying. They want to. But its not happening. And yet in surveying this scene, many Christians continue to perceive asexualcrisis, not amaritalone. We buy, read, and pass along books about battling our sexual urges, when in fact we are battling them far longer than we were meant to. How did we misdiagnose this?

The answer is pretty straightforward: While our sexual ideals have remained biblical and thus rooted in marriage, our ideas about marriage have changed significantly. For all the heated talk and contested referendums about defending marriage against attempts to legally redefine it, the church has already ceded plenty of intellectual ground in its marriage-mindedness. Christian practical ethics about marriagenot the ones expounded on in books, but the ones we actually exhibithave become a nebulous hodgepodge of pragmatic norms and romantic imperatives, few of which resemble anything biblical.

Check out the rest of the article here.

This entry was posted in Christian Life, Family, Ministry, Sociology. Bookmark the permalink.