The Deadly Disease of Affluenza 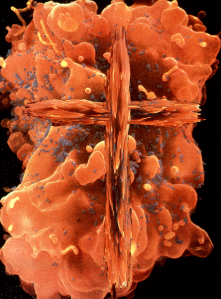 If influenza is a disease of the respiratory system, then affluenza is a disease of the socio-economic system.[1] It begins with bounding ambition which progresses through a series of symptoms, including conspicuous consumption, wasteful spending, excessive debt, and systemic anxiety.[2] In its advanced stages, those afflicted with affluenza exhibit extreme idleness, acute narcissism and a complete loss of sympathy.[3] It is highly contagious and is socially transmitted by way of cultural and media contact.[4]

In a recent court ruling, affluenza was accepted as a successful defense for criminal behavior for the first time.[5] With the judges decision, affluenza metastasized from socio-economic theory, to judicial precedent. Here is the argument as I understand it: The privilege and entitlement of rich parents causes them to behave badly in shielding their bad behaving children from the bad consequences of bad behavior; and so, because it is the parents fault, the bad behaving child should (guess what?) not have to face the consequences of their bad behavior. To the spoiled child, everything probably seems much the same. The privilege and the spoiling is the same;[6] only now the government is doing the spoiling instead of the parents.

The ease with which affluenza infected the Judicial Branch of our government, makes me fearful that it has already infested the Legislative and Executive Branches. Policy which takes from the affluent in order to buy influence with those who receive the redistribution of the confiscated affluence seems to be popular at present. In the process, the consequences of bad policy are avoided, or at least put-off, by throwing money at them. Who needs rich parents, when you have a rich uncle? But Uncle Sam is not really rich. He just likes to maintain the appearance of riches by redistributing money, printing money and borrowing money (other peoples money). Americans once dreamed of the freedom to work hard and keep the fruit of your labor. As affluenza spreads through the general population, the American Dream of freedom is becoming the pipedream of dependence and persistent expectation expecting that someone will take care of us.

The culture necessary for the incubation of affluenza is one where each generation expects more than their parents had and yet wants their parents (or Uncle Sam) to get it for them. Historically we may be living in just such a social culture. Post-war material success, coupled with Dr. Spocks post-war advice about not disciplining your children teaches children that happiness is having more, but not learning the discipline to work for it. It can be seen in the prevalence of extended adolescence and man-child behavior. The conditions are prime for using affluence to buy votes, just as affluence parents might buy love. This strain of affluenza It is the confluence of two pathogensGreed and Sloth. And the prognosis of greed without gratitude and leisure unearnedof seeking affluence and influence but not possessing the discipline to make them worthwhilethe prognosis is a life of narcissistic alienation. Such life (so called) is contagious. It is socially transmitted. We can easily catch it from our parentssomething to remember when picking up and packing away all the toys left unplayed-with, and all the insignificant byproducts of affluence that clutters our Christmases. For affluence (and thus affuenza) comes in many forms and it is only one of the many diseases that Christ bore for us upon the cross. And in Him we can find true healing.

[2] This list of symptoms could equally apply to our country at present.

[3] And this could apply to our country in the very near future.

This entry was posted in Christian Life, Culture, Current Affairs. Bookmark the permalink.