The Engaging Culture of the Mind 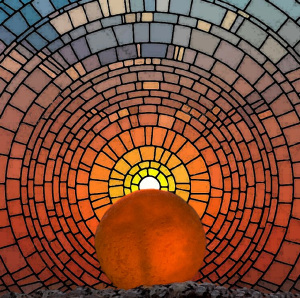 Engage and transform are popular words in academic circles. They can take on many meanings. Taken together, they usually imply connecting (engaging) to make a difference (transform). In my opinion, this is not something that can be avoided. If we live together, we will connect and we will make a difference. So the main issuewhether individually or an institutionallyis What kind of transformation are we going to make when our minds engage?

Because of the cultural relativism[1] that has dominated higher education, and the attempt at value-free education, colleges may speak of changing culture, but if you listen carefully, it becomes clear that those very colleges have given up any foundation (or even the concept of a foundation) from which to know what changes need to be made. Such secular education has brought us to the point where we have a national culture which can hope in change without really knowing (or caring) what we were hoping in or what changes we want made. We should not be surprised. It is exactly the culture we would expect after a generation of education without a foundation.

Criswell Colleges slogan is Engaging Minds. Transforming Culture. The college has had, from its very beginning, a very clear testimony of commitment to a Judeo-Christian foundation. Every program is built on this foundation. And it really does make a difference

Let me give one example of the difference a worldview can make. A secular college may say that they are engaging minds to transform culture, but a secular worldview does not even believe that the mind really exists. In philosophical materialism, what we call the mind is only an illusionan epiphenomenon of the brain. And the brain is only a mass of neurons fashioned by chance and waiting to be filled with some content, so as to act in a certain way.[2] A secular institution, being secular (worldly), and thus not believing in God would, by definition, not believe in a God-given purpose for the mind, or brain, or anything else. Criswell College does. When we say that we are engaging minds, the mind we are talking about is a special creation of God with a specific purpose. Each person is the workmanship of God. In this sense, Criswell College sees the mind as Plutarch didnot as a blank slate to be written upon or a vessel to be filled with content, but a fire to be lighted. Each mind is designed. Each different. Each with certain thoughts to think and works to do. So it is not so much about filling the mind, or only about connecting to it, rather engaging is putting the mind into gear, getting it started, renewing it with the things of God to prove what the will of God is things good and acceptable and perfect. In this way the mind is not conformed to a particular culture (or even ideology), but rather the mind does what it was made to do to touch any culture, to renew and transform all cultures, not by changing them into some Christian culture, but by shining the light of Christ in and through every culture to light it up for the glory of God.

In my office, I have a window sill. It has collected various objects over the yearsthings translucentblue bottle glass, amethyst, cornelian, alabaster, agate, amber, and some autumn leaves. They are beautiful in the cold synthetic florescence of the office lights, shinning down on them. Ah but in the morning, when the sunlight shines through them, thats when they are transformed changed, though they remain exactly the same. It is in the warm sunlight shinning in and through them that shows what they were meant to be the way they were meant to be seen.

[1] There is no transcendent right and wrong, good or bad or even better and best. Each culture must be judged from within that culture.

[2] And this explains why there is such an attention by secular minds to control the filling of minds in education and in the media and now in caring for them in healthcare.

This entry was posted in Academics, Christian Life, Culture. Bookmark the permalink.