The Freedom to Ignore Freedom? 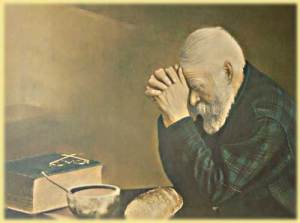 I remember watching a movie where a tough female character was loading a pistol in preparation for a dangerous mission. With a dismayed look, one of her companions asked if that particular gun would be necessary to which she replied, Id rather have it and not need it than need it and not have it. Now though I dont usually take advice from a bangem up, shootem up flick, I can appreciate common sense. If I am driving a car, I would rather have brakes and not need them rather than not have brakes and need them. (Or if I am eating tex mex for lunch, I would rather have plenty of napkins and not need them rather than need them and only have one. Sorry for mentioning a mundane dilemma. But it has happened more than once.) Yet on a more serious note, I get concerned when this kind of thinking clouds our judgments regarding our faith.

Specifically, my beef is that often our desire to preserve an environment which allows us to express our faith freely exceeds our commitment to actually express it in the first place. Our motto has become, We would rather have religious freedom and have the option to take advantage of it as opposed to not having religious freedom and not being able to take advantage of it. Now for needed clarification, there is value to this claim in that everyone should have the freedom to embrace or reject the Christian faith. It should never be ecclesiastically or politically coerced upon anybody. But on other hand, this attitude can subtly exclude an important factor in Christian discipleship; namely the resolve of believers to live out their faith whether they have freedom to do it or not.

Perhaps I can tease this out with a few examples. Right now there is some brew-ha ha over the fact that no evangelical was invited to participate in the upcoming 9/11 commemorative service, while other leaders from other religions have been. My greatest concern here is not that we werent invited. Instead I am more burdened over whether the Christian leaders who werent invited actually pray as consistently as Daniel did while exiled in Babylon or as fervently as Jesus did in Gethsamene when he wrestled with the Father over his impending trials. A similar example can be seen in the controversial question over prayer in public schools. While parents and Christian organizations rightfully fight for the legal rights of young students, my looming question is whether all of these believers pray with their children at home; do they teach their children to pray; do they pray together with their local churches; or do they just pray before meals and on See You at the Pole Day.

I even experience this frustration when some believers engage the issue of same-sex marriage. Many, including myself, contend stringently for the biblical mandates against homosexuality and oppose contemporary trends like the ordination of gay clergy and the larger question of gay marriage. I believe we are justified in opposing these proposals. At the same time however, I think its hard for unbelievers to take these stands seriously when many times those in the church who make them are involved in pre-marital sex, adultery, internet porn, and unbiblical divorces. What happens all too often is that we want to harp on the sins with which they dont struggle directly or that threaten the churchs larger place in the cultural spotlight. What we need to do is wake up, actively practice our faith and recognize that freedom of religion for Christians does not entail the optionnot totake advantage of it.

This entry was posted in Culture, Ethics, Family, Politics. Bookmark the permalink.