The Power behind the Anti-Bullying Fad 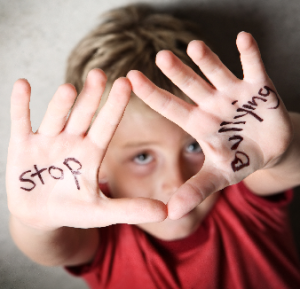 Anti-bullying is such a common and popular theme for the moment that I dont think its a stretch to call it a fad. Dont get me wrong. Not all fads are badat least not for whatever may give them their original traction. But there is a weakness in fads not too far removed from the weakness of the Old Testament law: us. In the case of fads, our short attention span, tendency to move as a herd, and shallow grasp of sometimes complex subjects make every golden-haired movement du jour (somewhere in there is a messianic pasta based soup) worthy of a little deeper and even sometimes more dubious inspection. I am not suggesting bullying is not a problem, nor that it should not be addressed. But I am suggesting there may be some things to learn from its transient popularitythings both good and bad about the fad.

In this case, interestingly, the object of the fadbullying itselfis not exactly new, and neither is opposition to it. Something has drawn attention to it, or perhaps a few things have: homosexual bashing and social media harassment probably leading the way. Regardless of the symptom responsible for raising awareness, the issue itself is as deeply rooted in fallen human nature and persistently present in every society as any stain in the worlds history.

The basic issue is how those with power express it. Power can be in any form, and is real even when only perceived by the one regarded as weaker. That is, perceived power is still power. While there are myriad ways powers expression can be categorized, two categories with complementary (all-encompassing mutually exclusive) options are probably most helpful for this discussion. That is, power can be expressed with force or without, and with virtue or without. Although I would never presume anti-bullying speakers make this mistake, it does seem obvious in daily discourse that most people have associated vicious (by which I mean anti-virtuous) acts of power only with the use of force. Bullying does imply somehow expressing power with some kind of force, and bullying is wrong (as a part of its understood definition), so people often errantly conclude that the use of force by anyone with power is first bullying, and second vicious. That conclusion is logically unjustified and leads to some important errors in popular thinking.

Groundwork (problems and solutions with power)

In the worst kind of world powers only expression is the use (or threat) of forcesuch is the proverbial wild west. Nietzsches ethic actually favors such a world (and yes, I know Nietzsches work well enough to say that he is not simply sardonic in his aphoristic descriptions.) In a world shaped purely by expressions of power (an evolutionary world, not to put too fine a point on it) the most powerful people flourish and with them the advancement of their kind. I am not blaming Nietzsches writings for it, but it is not inappropriate to raise eugenics and genocide as examples of what comes of those willing to accept the tenet that whoever has power should maximize its use. (By the way, force in these cases is not always physical. It can be the manipulation of limited information resources, markets, psychological pressure, or almost anything a creative and powerful mind can imagine.)

In the ideal world, power need not ever be expressed through force. In the ideal world, no one would disagree and force would fall into the category of needless things. But power would not disappearnot if relationships existed between people with diverse attributes. A parent would have more power than a child, but would never need to force it to do anything. Of course, every parent realizes the ideal world does not exist, and wont until the eschaton!

In the real world, where conflicts do exist, power is sometimes expressed through force, but fortunately also restrained, often by the same thing, force. If there were no moral high ground in the real worldif everyones perspective ought to be thought of as equally virtuous, then it would make no sense to stop force with force. But when someone who is not virtuous uses force to express his power, his victims need someone with sufficient power to use force to stop that expression. For example, and obviously, a victim of violent crime needs the police to stop the violent criminal. (It is funny that in societies where the threat of force is sufficiently internalized that most people are never victims of the abuse of force, people often forget how important it is that a virtuous power has wielded the threat of force to provide such a secure setting for its citizens. But I digress.)

The anti-bullying fad provides a great opportunity for believers to say I told you so. Of course, I recommend saying it in different words. All of ethics in scripture is linked to the moderation of power. The core of the holiness code (culminating in loving neighbor as self in Leviticus 19) is about not abusing the weak, but rather providing for them. The wealthy (if they are holy) allow the poor to glean in their fields rather than cheat them in court or with the markets scales. Natives (if they are holy) treat outsiders like peers rather than pawns or enemies simply because they dont practice the right customs (which are sometimes really important) or speak the right language. And so on. And why do they treat the weak with respect as equals rather than victims for prey? Because they imitate God, who regards them as bearing His image despite the weakness they themselves demonstrate and experience in so many ways. (Hence all the I am the LORD and you were also strangers statements.)

For the antinomians, perhaps I should speak from the New Testament. The golden rule is not a self-serving proverb for those who will themselves need help sometime in the future. It is the pronouncement of a fundamental of virtuous self-restraint: that when we have power to lord a rule over someone else but not ourselves, or to exclude ourselves but not others from responsibility, we must refrain from doing so.

From the very beginning God has made it the responsibility of those with power to exercise it with virtue. In many cultures that virtue would be understood as subjugating or even culling the weak. But in the Judeo-Christian ethicwhich emerges from scriptureit means not only not abusing the weak, but also taking up their cause. Not only should Cain not kill his brother, he should be his keeper. Not only should the rich not cheat the poor, they should go out of their way to provide for them. (I didnt say government, but the wealthy. But again I digress.)

The mark of any civilizations moral standing is its treatment of the weak. The powerful carry their safety with them. The weak rely on the restraints of a virtuous society. And God loves the people who demonstrate that restraintwho care for the weak.

Bullying is a very narrow expression of the vice condemned throughout scripture. Those who want to address bullies will be teaching themwhether intentionally or nota core value of scripture. Of course, they may not couch it in Christian terms. But the history of the ethic is there. In the values of scripture and the practice of real Christianity is the elimination of bullying.

Oh. But there is that one soul-searching question remaining. If believers had such sway in this culture through the last century, why on earth has bullying flourished here so thoroughly? To avoid any appearance of bullying, perhaps I should demur to suggest that the next fad, and one which should have good traction but probably wont, ought to be anti-hypocrisy.

This entry was posted in Culture, Ethics, Philosophy, Politics. Bookmark the permalink.