The SBC Decline: Days of Future Past 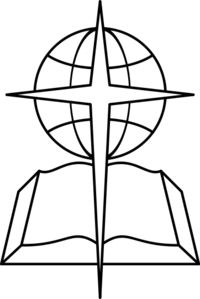 In X-Men: Days of Future Past, the X-Men find themselves in a world where mutants are being systematically exterminated. Through the superpower of a mutant who could send ones consciousness back in time, the X-Men are able to pinpoint the time and events that resulted in their dismal future. Although I do not claim any mutant power, this blog will pinpoint the time that Southern Baptists began to decline. Future posts will address the events (or trends) that surrounded the time.

I present the following statistics from our SBC annuals and other sources. The baseline for 1845 SBC data is from the 1922 annual (p. 351). Due to the reporting of only Anglo-churches, in the annuals from 1897 to 1950, I used only the data given for Anglo-churches from 1845 to 1950. From 1951 to 2013, I used the data given through the SBC annuals and the latest ACPs. Table 1 shows the number of churches and membership at certain points in our history and gives the Average Annual Growth Rate (AAGR) between those years.

The Beginning of Our Decline

So, what were the trends and events that led to our decline? These will be covered in subsequent posts!

This entry was posted in SBC. Bookmark the permalink.