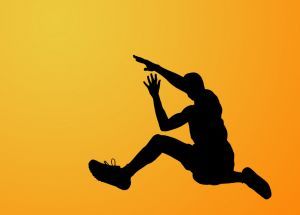 The longer I live and the more earnestly I try to grasp what separates people-what prompts a person to endorse something I cant even comprehend, much less embrace-the more I appreciate the hemi-aphorisms presumption that there must be something fundamental which divides people. Of course, I realize there is not just one thing that divides them. Indeed, there is not even just one category of things that divide people. Different worldviews, attitudes, backgrounds, accents, experiences, and ideas (and different aspects and elements of every one of those) divide people to a point of perceived incommensurability.

The divisions that matter (yes, there are two kinds of divisions in the world) are the ones with the most reverberations. One of those reverberating divides in our culture becomes apparent when people in either of the two groups are confronted with a certain kind of anxiety. I choose the word anxiety in a vain attempt at neutrality. I would prefer to use a word like frustration or failure, but either of those words would limit the rest of this description to the perspective of only only one of the two groups.

Take the anxiety of family life as an example. When parents argue or children rebel, there is a certain amount of anxiety present. I would love to expand on the causes of the anxiety, but it would only be a jaunt down my side of the divide, so I will largely refrain. Suffice it to say that anxiety of the sort Imeanarises when expectations are thwarted. Anxiety does not rest easy, by definition, and so drives a person (a member of the family, in this case) in one direction or the other. For all I know, there may be five hundred directions it could drive people. But in this culture, with now half a century of experience watching it myself (gasp), there appear to be only two with any real traction. One anxious group runs toward the expectation, the other from it.

First, there are those who run to the expectation. Continuing with the example of family life, there are a number of ways people run toward the expectation. For instance, some struggling families pretend there is no problem. In denial, they pretend to measure up to the standard of happy family. They dont achieve the standard, but they do accept it as one. They are embracing the standard as a standard, regardless of whether they are moving closer to accomplishing what the standard sets before them. They pretend to be the Cleavers, even though Ward should be incarcerated. On the same side of the divide (still running toward the standard), are others who, for instance, seek family therapy so they can actually measure up to the standard they believe they have failed to meet. The commonness of that approach is apparent in the multiplication of licensed marriage and family therapists over the past couple of decades. While the health-values of those two decisions are completely different, they share the acknowledgment that there is a way the family ought to be. In this family, Beaver might be in therapy with good hope that he will be able to relate better to the family in the future.

But there are also those who run from the expectation. Experiencing the trials of family life, they abandon the notion that there is any standard at all. It is in this direction people started running in the 80s and 90s with the declaration that the Cleavers never existedthat Ward, June, Wally, and Beaver were figments of the American imagination. The claim is easy to embrace since the family from which realitys attribute is withheld (the Cleavers) only ever existed on TV anyway. But the half of the society who embrace that claim are at the same time rejecting the expectation introduced above. It is a way of dealing with the anxiety present after not having satisfied the standard. The anxiety of failing to satisfy it is apparent in the relief found by denying the standard ever really existed at all. Facing the choice between an uncomfortable standard and a standard free existence, they choose the latter.

There are all kinds of interesting observations to make about how those different families relate to each other and to each others ideas, but those would miss the point here. The point here is that if a person in anxiety or crisis runs toward the standard (well or poorly) he brings a fundamentally different perspective to the world than one who in that circumstance runs from the standard (rejecting its existence). It applies to families in turmoil, athletes accused of cheating, legislators pushing public policy, pastors who have stumbled, scientists with iffy data, and so on.

While there have likely always been a few people with that tendency, I am hard-pressed to think of any time or culture where it has been as infused in society as it is in Transatlantic culture right now. There is a deep-seated and complex reason for its current flourishing, but that reason has a simple and obvious manifestation. Where self-esteem is regarded more highly than honor (and guilt more loathed than shame), every psy-discipline becomes a tool for helping people feel better about where they are. One quick route to eliminating the anxiety of knowing I am not where I should be is to determine that there is no should be where I am not. Voila. No standard.

Several issues must fall to another day: the fact that not every psy-worker is willing to cooperate with the standard standard-eliminating psy-approach, and the broader issue underlying the development of a psychological approach to things in our culture, for two examples. But what should be clear to every follower of Jesus is that only one of these perspectives actually fits Christianity. After all, following Jesus entails embracing (following) the standard (Jesus).

This entry was posted in Culture, Ethics, Sociology. Bookmark the permalink.