This is a Wealthy Country

This Is a Wealthy Country

I heard this utterance in an interview recently. Ive heard it a thousand times before. No, I didnt count, but Im pretty sure a thousand is the right number. Ive heard the President of the United States use it to justify higher taxes especially on the wealthy. Ive heard a union deputy chief of staff use it to gain consensus that no American should be without sufficient pension. Ive heard it to justify welfare, to justify the capital gains tax, the death tax, and so forth.

But it is an equivocal statement whose meaning and intent contradict each other. 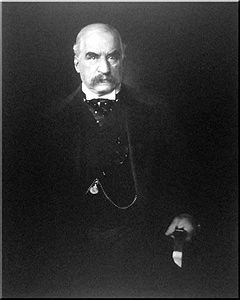 Then why does everyone nod in assent at the claim that the nation is wealthy? Because they dont consider what the claim means as it is used, and they dont examine carefully what it actually means.

What it actually means is this: This nation is composed of many wealthy people.

That statement is true. But a nation composed of many wealthy people does not imply that the nation itself is wealthy. That difference is obvious in the way the phrase is used. It is used to say that no one in a nation with this many wealthy people should have to be poor. Its use implies that there are both wealthy people and poor people who comprise the nation. The confusion leading to this particular error is called the fallacy of composition, committed whenever a person assumes of the whole what is true of its constituent parts. All of those players are great, so the team must be great. In this case the mistake is even more obvious. Some people and corporations in the nation are wealthy, therefore the nation must be wealthy; even though it makes just as much sense to say that some people and corporations in the nation are poor, therefore the nation must be poor.

The fact that I am already complaining about it (and Im not even one of the wealthy) should suffice as evidence that the statement is untrue.

So the statement this is a wealthy country, therefore no one should suffer in poverty is really just cheap rhetoric. What statement(s) might suffice better to address the problem? How about these:

In other words: we wont be morally wealthy if we keep up the rhetorical deception about being materially wealthy.