Thou Shalt Not Take Putin’s Name In Vain 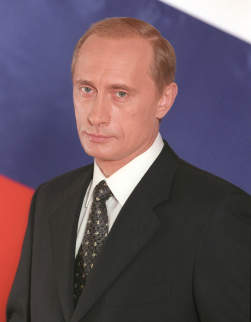 There was shock, if no real surprise, atthe verdict against Pussy Riot onFriday. Despite whispers ofleniency, I never doubted that aconviction andprison term would result. Not because they violated anything inthe Criminal Code, which, as ofthis writing, is still freely available onthe Internet. No, Pussy Riots actions were hateful toward religion only inbreaking theFirst Commandment oftodays Russia, Thou shalt not take Putins name invain.

This commandment has replaced themore famous original set ofTen Commandments inRussia. No one observing theKremlin would believe there is any prohibition against theft or murder. No visitor toa Moscow courtroom would guess that bearing false witness is forbidden. Theonly statute that matters is that there is no god but Putin, no acceptable religion but Putinism.

Read the rest of his article here.

This entry was posted in Culture, Current Affairs, Politics. Bookmark the permalink.