Wallace and Ehrman Debate: On Probability 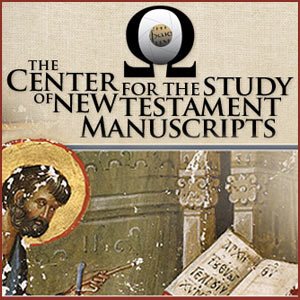 CSNTM (the Center for the Study of New Testament Manuscripts) recently hosted a debate between Bart Ehrman and Daniel Wallace on whether the text of the New Testament is trustworthy. Both are world class scholars in textual criticism. Both studied as believers at Wheaton and have served and been ordained in the ministry [Creamer edit: Oops. Actually, Wallace attended Biola.] .

While Wallace has maintained his faith and become a central figure in defense of the trustworthiness of the manuscripts of the New Testament, Ehrman has become a notable skeptic regarding traditional Christianity.

Interestingly, in the debate itself Ehrman and Wallace agreed on almost all things text-critical in nature. Except for a very minor dispute on how to characterize the size of the corpus of Second and Third Century manuscripts, their agreement on technical issues pervaded the debate. Even during audience interaction, one debater would normally reply to the audience inquiry, followed only by the acquiescence of the other.

However, there is a great divide between Ehrman and Wallace. Some observers will have undoubtedly left the debate concluding that different people can make of data whatever they want. That assessment would be completely unfair. The objective and real content of the data (in this case, the texts used to derive claims about original or initial manuscripts) is actually nowhere more apparent than in the agreement about it between a skeptic like Ehrman and a believer like Wallace. That is, the gap between the two debaters cannot be given as evidence that all interpretation is subjective. Their agreement on what the evidence is includes objective, interpretive conclusions.

Rather, the gap between Ehrman and Wallace happens to be at a level studied in great detail by philosophers of religionthat is, at the crossroads of faith and reason.

Over a hundred years ago the mathematician William Clifford offered a now well-known argument for why it is wrong always, everywhere, and for anyone to believe anything upon insufficient evidence. In The Ethics of Belief he claims that a shipowner should not release his vessel to sea without sufficient evidence it will not sink with its passengers. Faith on his part, no matter how strongly held, cannot justify such a risk to the lives of others. The metaphor expands automatically from there.

Ehrman made exactly the same case, but about a train and bridge, in his closing arguments for the debate. To be clear: to justify his skepticism, he does not make a case about shoddy textual criticism, or about recently falsified text hoaxes, or about new documents contradicting previous texts. He flatly states that there is no new data which caused him to change his mind, leave his faith, and become a skeptic. Rather, he argues that the gap between the first documents which actually exist and the presumed original manuscripts (which no one has) is unknowable. It is impossible, he asserts, to know how accurately or inaccurately the current texts relate to the unknown originals. His approach is the traditional (Clifford-like) skeptics approach. There is no certainty; and no one should risk believing what might be false, and therefore end up being wrong. The greatest danger, according to Ehrmans view, would be making a mistakebelieving and being wrong.

Wallaces approach is just the opposite, but not without evidence.

William James actually responds quite directly to William Cliffords case by refining and revisiting Pascals Wager. Pascals Wager makes the simple case that because the stakes are so great (eternal life or eternal condemnation), and because the issue may not be settled by evidence, and because a person must make a choice since life demands either faith or rejection of it, than a person ought to believe in God and become a disciple. Most people familiar with the Wager recognize the four possibilities of belief and Gods existence, non-belief and Gods existence, belief and Gods non-existence, and non-belief and Gods non-existence. The fact that the only possibilities including eternal consequences involve Gods existence means that a person ought to believe in Gods existence. The calculation is obvious to Pascal. James adds several significant layers to Pascals argument, but concludes in the same way, pointing out especially for Cliffords sake that it is not the case that it would be worse to believe something false than to reject something true. So James ends up with man facing a forced, momentous, and living choice, to which the best response is The Will to Believe.

Wallace, while having exercised the will to believe, did not make his closing statement parallel to James response to Clifford, although he could have with aplomb. It would have been a perfect resolution to the issue of faith and reason raised by Ehrman. But Wallaces argument was successful (IMHO!). He argued inductively, without getting lost in jargon (as I tend to do), that the relationships between texts that do exist provide sufficient data to extrapolate to texts whose existence is only inferred, including back to the original manuscripts.

Most notably, Wallace appealed repeatedly to the importance of a middle way (neither off the cliff nor into oncoming traffic on a mountain road), characterized by the use of probabilities leading to confidence in a fair amount of certainty regarding some elements of the original texts, and a reasonable amount of faith regarding the overall text of the originals. And by the end of the debate, Ehrman had adopted the language of living in probabilities, not absolute skepticism, in order to maintain his position. That fact is at least a nod toward the Wallace corner in an interesting exchange about which there is much more to say, hopefully in upcoming posts.

This entry was posted in Biblical Interpretation, Language, Philosophy, Theology. Bookmark the permalink.