Where Have All the Millennials Gone?

In case you havent kept up with the recent brouhaha over millennals and the church, here are some articles to get you up to speed.

In my opinion, if millennials are leaving the church (and Im not sure that they are), the reasons for doing so are likely to be much more varied and complex than what Evans claims them to be. But in matters like this, its often difficult to resist being careless with the aggregates and statistics game.

Why Millennials are Leaving the Church 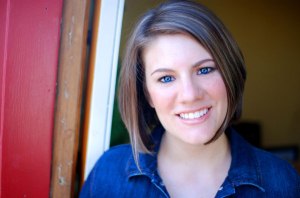 The conversation was sparked by a CNN article written by Rachel Held Evans, someone certainly familiar with controversy in the evangelical world. In the piece, she offers some pretty broad and poignant (and somewhat vague, I might add) reasons as to why millennials are leaving the church.

What millennials really want from the church is not a change in style but a change in substance.We want an end to the culture wars. We want a truce between science and faith. We want to be known for what we stand for, not what we are against.We want to ask questions that dont have predetermined answers.We want churches that emphasize an allegiance to the kingdom of God over an allegiance to a single political party or a single nation.We want our LGBT friends to feel truly welcome in our faith communities.We want to be challenged to live lives of holiness, not only when it comes to sex, but also when it comes to living simply, caring for the poor and oppressed, pursuing reconciliation, engaging in creation care and becoming peacemakers.You cant hand us a latte and then go about business as usual and expect us to stick around. Were not leaving the church because we dont find the cool factor there; were leaving the church because we dont find Jesus there.

In his response to Evans article, Dr. Anthony Bradley suggests that her points are just mainline Protestantism rehashed.

Without question, all of these things are important to consider in 2013. There was something about this list, however, that sounded vaguely familiar to me. Before joining thePresbyterian Church In America, I spent just over 21 years in the United Methodist Church. I had great years there and know the ethos very well. When I read the CNN piece it hit me: Evans is saying nothing particularly provocative nor even progressive; she simply represents a standard UMC critique of conservative evangelicalism. Given Evans presuppositions, I am not certain she could list a single objection to what the UMC believes and practices. For the record, I have nothing against the UMC, but I do find it odd if Millennials, who are leaving evangelicalism and passionately seeking the kind of church Evans describes, dont join a mainline denomination like the United Methodist Church. The UMC embodies everything Evans says Millennials want.

The UMC is outside of the culture wars. It has no conflicts withscience and faithandclearly teacheswhat they are for instead of against. The UMC is a place whereLGBTfriends are welcomed. Moreover, if anyone knows anything about Wesleyanism, you know that Methodists have a deep emphasis onpersonal holinessandsocial action. Again, the Jesus that Evans wants to find is waiting for her and her followers in the UMC.

How to Keep Millennials in the Church? Lets Keep Church Un-Cool.

In an article at the Washington Post, Brett McCracken suggests that rather than accommodate millennial preferences we need to keep church un-cool. Contra Evans, he argues that the way forward is not for church leaders to sit down, figure out what millennials want, and adjust accordingly.

How about the opposite? Millennials: why dont we take our pastors, parents, and older Christian brothers and sisters out to coffee and listen tothem? Perhaps instead of perpetuating our sense of entitlement and Twitter/blog/Instagram-fueled obsession with hearing ourselves speak, we could just shut up for a minute and listen to the wisdom of those who have gone before?

And for pastors, church leaders, and others so concerned with the survival of the church amidst the glut of adapt or die! hype, is asking Millennials what they want church to be and adjusting accordingly really your best bet? Are we really to believe that todays #hashtagging, YOLO-oriented, selfie-obsessed generation of Millennials has more wisdom to offer about the church than those who have thought about and faithfully served the church decade after decade, amidst all its warts, challenges and ups and down?

Part of the problem is the hubris of every generation, which thinks it has discovered, once and for all, the right way of doing things. C.S. Lewis called it chronological snobbery, defining it as the uncritical acceptance of the intellectual climate common to our own age and the assumption that whatever has gone out of date is on that account discredited.

Highlighting research by sociologist Brad Wright, Dr. Scot McKnight takes aim at the data used to bolster claims that millennials are leaving the church. In light of better research, such claims actually appear to be false.

This is an old post about information some today are simply choosing to ignore: its been said too many times to pretend public speakers and authors dont know about it. The best evidence by competent sociologists suggests, now hear this, that Millennials are not in fact leaving the church.

Are todays youth abandoning the Church? Is there cause for alarm? Or is the condition with youth in the church today about the same as always? These are questions that many people are asking and many people are also answering them. Often in uninformed ways.

For about a decade I was listening to apocalyptic warnings, and while I tended to minimize such, I was on the bandwagon. I, too, believed the reports. But this year two valuable books came out that chased some of this away as myth-making and fear-mongering.

Before you either quote the reports or the responses to the reports, read Brad Wrights book:Christians Are Hate-Filled Hypocritesand Other Lies Youve Been Told: A Sociologist Shatters Myths From the Secular and Christian Media.